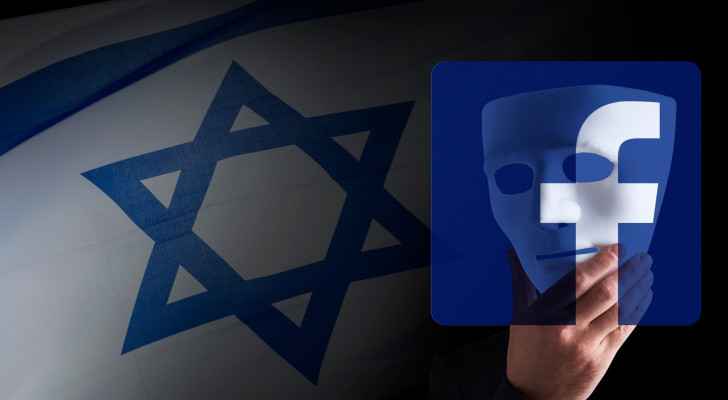 Earlier in May, an Egyptian software engineer at Facebook wrote an open letter stating "Facebook is losing trust among Arab users."

Social media platforms, especially Facebook, have been a "tremendous help" for activists who used it to communicate during the 2011 Arab Spring, he continued.

However, he emphasized the differences when the ongoing Israeli Occupation violence in Palestine came forward.

He stated that censorship, perceived or documented, had made both Arab and Muslim users skeptical of the technology conglomerate.

He decided to test his theory for proof.

Upon liking the page 'Gaza Now' - an official news outlet with millions of followers - a Facebook message popped up, which the engineer called "discouraging."

The pop up said "You may want to review غزة الآن - Gaza Now to see the types of content it usually shares." 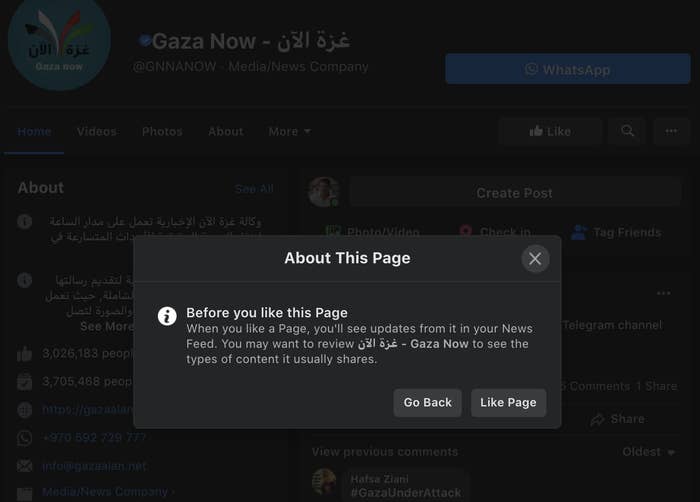 The Egyptian engineer screenshotted the message, noting that he followed suit by liking as many Israeli Occupation news pages too.

"Not a single time" did he receive the same message, said the Facebook staffer.

This suggests prejudice against Arabic content by the hands of Facebook's systems, he said, adding "Are all these incidents resulted from a model bias?"

This sparked outrage between Facebook staffers, with many commenting on the matter. One asked why a Palestinian displacement post made by the American actor Mark Ruffalo had a label for sensitive content.

Others reported that ads from Muslim organizations raising funds during the holy month of Ramadan with completely acceptable content were suspended by Facebook’s artificial intelligence and moderators.

Despite there being a ceasefire between the Israeli Occupation and Hamas, following countless airstrikes, Facebook must now deal with a handful of staffers who have been arguing about whether the world’s largest social network is showing anti-Muslim and anti-Arab bias.

With the mixed reviews, staffers share one common belief, that Facebook is once again bungling enforcement decisions around a politically charged event.

Although many said the censorship across Facebook is due to bugs, including one that stopped Facebook users from posting Instagram stories about Palestinian displacement, others, including the blocking of Gaza-based journalists from WhatsApp and the forced following of millions of accounts on a Facebook page supporting the Israeli Occupation, have not been explained by Facebook.

Earlier this month, it was also reported that Instagram had banned content about Al-Aqsa Mosque, where Israeli Occupation Forces stormed and attacked peaceful worshippers during the most important month of the Islamic calendar, Ramadan. Instagram associated its name with a 'terrorist organization.'

“It truly feels like an uphill battle trying to get the company at large to acknowledge and put in real effort instead of empty platitudes into addressing the real grievances of Arab and Muslim communities,” said a Facebook employee in an internal group.

Notably, the situation has escalated so much internally that a group of around 30 employees have joined forces to file appeals to restore Facebook and Instagram content they believe were removed or blocked for no reason.

According to recent statistics and an internal post, the bias against Arabs, Palestinians and Muslims seems to be impacting the company's brands too.

On app stores, Facebook and Instagram apps have recently been flooded with a bought of negative reviews, a response of users picking up on the bias, claiming this is retaliation to the unjust censorship.

According to NBC News, several employees reached out to both Apple and Google to request the removal of the negative reviews.

“We are responding to people’s protests about censoring with more censoring? That is the root cause right here,” said a staffer in response to the post.

In turn, the spokesperson of Facebook, Andy Stone, admitted that Facebook makes mistakes, adding that they have a team on the ground with Arabic and Hebrew speakers to monitor the situation.