Several Arab-made films up for awards at Cannes Film Festival

Several Arab-made films up for awards at Cannes Film Festival 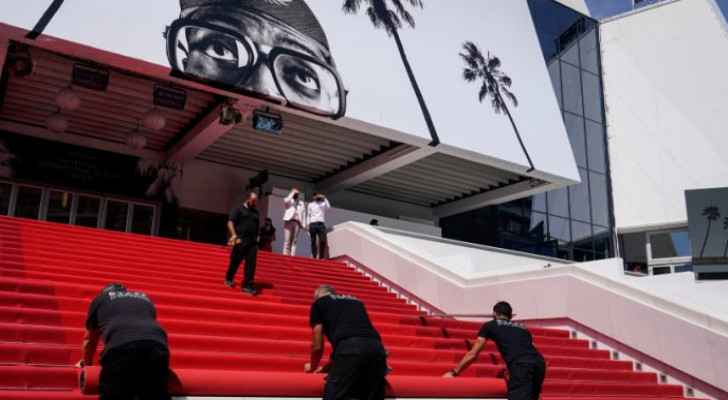 The 74th Cannes International Film Festival kicked off Tuesday, with a high level of Arab representation, both within the teams of judges and films themselves.

Ahead of the festival, Arab creatives worked in preparation of the global competition, in hopes of representing the Middle East and North Africa.

In light of the pandemic, the French press stated that if restrictions continue to be lifted according to what the government planned in advance, it is assumed that no ceilings will be set for the number of attendees in the festival halls, but those wishing to watch films will have to present a health card proving that they have been vaccinated or they have received a negative PCR test.

The Arabs competing or taking part in the competition are as follows:

The Moroccan director, Nabil Ayouch, will be participating with his film 'Casablanca Beats.' The film is competing for the Palme d'Or (The highest prize awarded at the Cannes Film Festival).

Ayouch will be the first Moroccan to compete for the Palme d'Or.

In the 'One Look,' competition, the second most important section, the Tunisian-Algerian Director Hafsia Herzi, competed with the film “Umm Taiba”, which tells the story of a housekeeper trying to help her son, who is arrested for involvement in a robbery.

The Lebanese director, Elie Dagher, who previously won the Palme d’Or for the best short film in the movie “Move 98” (2015), is also seeking to get the prize for the second time with his film “The Sea Before You” within the directors’ half-month program, which tells the story of the girl, Jenny, who suddenly returns to Beirut, in an attempt to regain her memories, habits and relationships that she lost during her departure.

Also participating in the same section is the young Italian director of Iraqi origin, Haider Rashid, with a film entitled 'Europe.'

In the "Critics Week" section, Egyptian cinema is represented by the movie 'Rish' (translation: feathers) directed by Omar Al-Zuhairi.

Zuhairi's film revolves around a mother who livers for her husband and children, and lives a monotonous life inside the house, but her life completely changes when a magician fails to control his toys, and turns her husband into a chicken.

In 2014, another one of Zuhairi's films became the first Egyptian film to be selected for the Cinéfondation section of the festival.

The activities of Critics Week will conclude with the Tunisian director, Leila Bouzid’s film “Majnoun Farah”, which tells the story of an 18-year-old, a Frenchman of Algerian origin who grew up in the suburbs of Paris, and is trying to resist the call of his heart that beats with love for a Tunisian young woman in school in the university.

In 2015, Bouzid's first film, "In My Eyes," won an award at the Venice Film Festival, and was then selected in several international festivals.

Saudi Arabia to participate in 74th ....