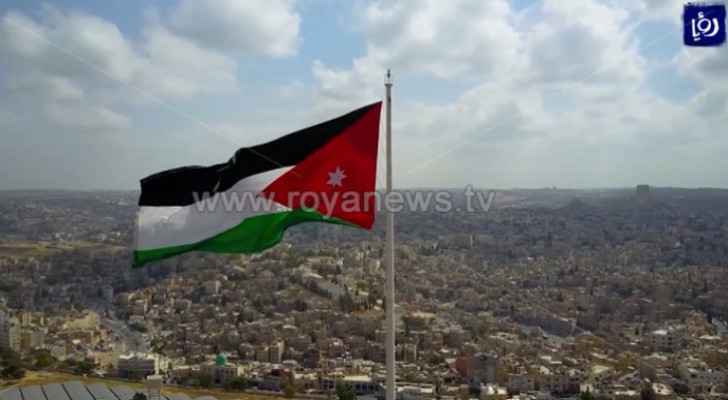 Friday, Jordan celebrated its National Flag Day, five days after the country celebrated the centenary of the establishment of the Jordanian state.

March 31, the Council of Ministers announced that Jordanians will celebrate the country's centenary on April 11, while April 16 is the national day for the Jordanian flag.

However, mass celebrations marking the centenary were carried over until after May due to the circumstances of the coronavirus pandemic.

Thursday, the Ministry of Education shared a video on Twitter calling on parents to encourage their children to make use of their skills by making their own paper Jordanian flag in celebration of the National Day for the Jordanian Flag, which falls on April 16.

The ministry called on parents to teach their children about patriotism, the Jordanian flag and their Jordanian nationality.

The ministry also encouraged Jordanians to raise the paper flags their children made Friday, on National Flag Day.