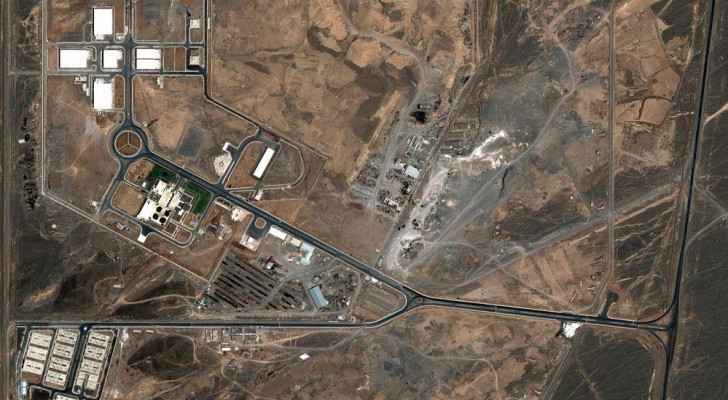 Sunday, Iran said the 'accident' that occured in the early morning hours at the Natanz uranium enrichment plant in central Iran was actually 'nuclear terrorism.'

No casualties or pollution was recorded.

Earlier, a spokesperson said that "the Ahmadi Roshan complex suffered an accident at dawn on Sunday," at the level of the "electricity distribution network."

The spokesperson emphasized that "investigations are underway to find out the causes leading to the accident, and it will be announced at a later time."

Since the beginning of July, a centrifuge assembly plant has been severely damaged by a mysterious explosion.

The authorities concluded that "sabotage" was of "terrorist" origin, but they have not yet published the results of their investigations.

In an online ceremony, President Hassan Rouhani inaugurated the new centrifuge assembly plant in Natanz Saturday and at the same time ordered the operation or testing of three new batches of these devices that would allow for faster uranium enrichment.

This came while talks were being held in Vienna between the Islamic Republic and other countries that are still participating in the 2015 agreement (Germany, China, France, Britain and Russia) on how the United States will return to the agreement concluded in the Austrian capital.

The Vienna Agreement has been stalled since the United States unilaterally withdrew from it in 2018 under President Donald Trump and reimposed a torrent of economic and financial sanctions against Iran. In response, Tehran began gradually abandoning its obligations under the agreement as of May 2019, and the pace has accelerated in recent months.