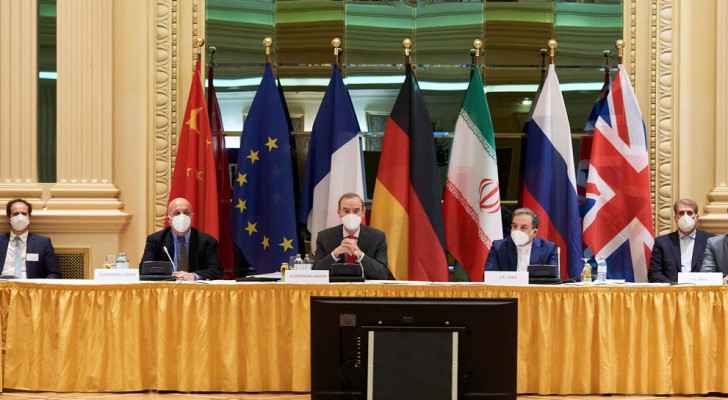 According to the European Union, "constructive" talks took place during the first week of negotiations in Vienna aimed at salvaging the landmark 2015 nuclear deal between Iran and the major powers, and will continue on Wednesday, according to Iran.

"The participants took note of our constructive discussions centering on the results," an EU statement said on Friday.

Russian Ambassador to Vienna Mikhail Ulyanov wrote on Twitter that Iran, China, Britain, France, Germany and Russia "reviewed the work carried out by the experts in the past three days and noted with satisfaction the initial progress achieved."

He added that the diplomats from the countries that are still signatories to the agreement, who met in a hotel in central Vienna, "will meet again next week to maintain the positive dynamism."

This meeting will be held on Wednesday at the level of deputy ministers, as stated in a statement by the Iranian Foreign Ministry.

"We have the will to continue what we started in Vienna, provided that the will and seriousness of the other party is available, otherwise there will be no need to continue negotiations," Abbas Araghchi said.

He stated that "only after verification" of the lifting of sanctions, Iran "is ready to end its corrective measures and return to the full implementation of the nuclear agreement."

The 2015 deal imposed restrictions on Iran's nuclear program in exchange for guarantees to the international community that Iran will not seek to develop a nuclear weapon.

In return, the agreement makes the lifting of some sanctions imposed on Iran mandatory.

But in 2018, former US President Donald Trump unilaterally withdrew from it and re-imposed unilateral sanctions, which prompted Iran to respond by overcoming some of its obligations contained in the text.

The new US President, Joe Biden, expressed his readiness to return to the agreement, but Iran has refused to conduct direct negotiations with the United States as long as sanctions against Tehran are still imposed.

The European Union played the mediating role for the US diplomats who stayed in another hotel.

Two groups of experts on lifting sanctions and nuclear issues met during the week to study measures that Iran and the United States could take to facilitate a return to the agreement.