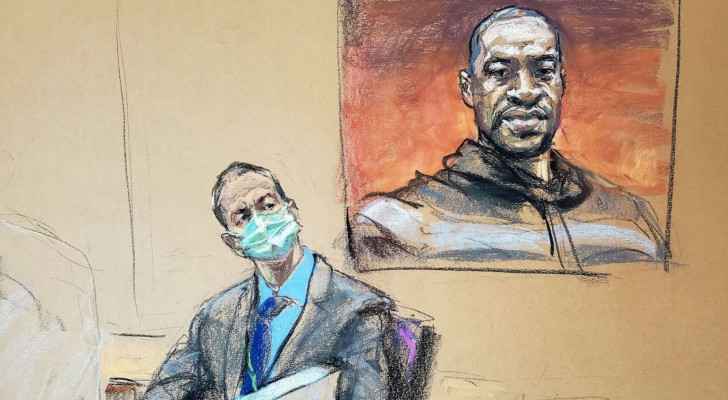 A Minneapolis Police Command officer affirmed in his testimony on the fifth day of Derek Chauvin’s trial Friday that Chauvin's use of force against George Floyd "was not absolutely necessary."

Lt. Richard Zimmermann, who is currently the longest serving officer on the police force, said Chauvin had violated use of force policies.

Zimmerman told Detective Matthew Frank that he had reviewed video recordings filmed by passers-by as well as personal cameras of police officers of the arrest of Floyd on May 25, 2020, by Chauvin and three other police officers who are also facing charges.

Asked what he thought of Chauvin, 45, of using force against Floyd, Zimmerman said, "It was not necessary at all."

He added that Chauvin "pushed him to the ground, face down, and put his knee on his neck for this amount of time. This is unjustified."

"I don't see any reason why the officers feel they are in danger - if that is what they feel - to use this kind of force," he said.

The videos showed Chauvin squeezing the neck of Floyd, who was handcuffed and pinched to the ground, over a period of nine minutes and 29 seconds, after the 46-year-old black man was arrested for using $20 fraudulent dollars in a nearby store.

Floyd's death sparked protests against police brutality and racial injustice across the United States and the world.

Prosecutors are trying to prove that Chauvin's behavior caused the death of Floyd, who was pleading with the policeman, saying "I can't breathe" before he lost consciousness.

Chauvin's lawyer, Eric Nelson, says that Floyd died from an overdose of fentanyl, a strong opioid substance found at an autopsy, and from health problems.

- "His safety is your responsibility" -

A medic confirmed in Thursday's testimony that Floyd was dead when he arrived at the scene of the ambulance accident, noting that Chauvin was still pressing his knee on his neck when he arrived.

Detective Frank Zimmerman, who joined the Minneapolis police in 1985 and now heads the homicide unit, asked whether he had received training for "kneeling on the neck of a handcuffed person behind his back in a prone position?" Zimmerman replied, "No, I haven't had that."

"With a person handcuffed, the level of risk drops completely," he added. "They are shackled. How can they really hurt you?"

Zimmerman said that with the suspect being handcuffed, "he (the policeman) needs to get them out of the prone position as soon as possible because this obstructs their breathing."

"You have to turn them on their side or make them stand," he added.

Derek Chauvin will not testify in George Floyd murder ....

Derek Chauvin will not testify in ....

Expert confirms that George Floyd died as a result of low ....

Firefighter says she was 'desperate' to help George Floyd ....

Firefighter says she was 'desperate' to ....