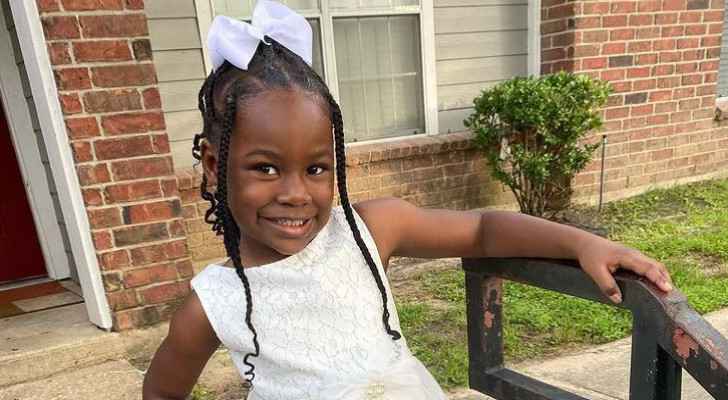 On New Year’s day, George Floyd’s niece, Arianna Delane, was shot in a Houston apartment, according to statements made by her family to CBS.

The victim’s father, Derrick Delane, said their house was hit several times by gunfire just before 3:00 AM on Jan. 1.

“My daughter jumped up and said, 'Daddy, I've been hit' and I was shocked until I seen the blood and I realized my 4-year-old daughter was really hit,” Delane said. “She didn't know what was going on. She was asleep.”

"She was transported in a private vehicle to an area hospital where she underwent surgery and is currently in stable condition," the police said.

Her lung and liver were punctured and three of her ribs were broken. She is currently hospitalized and her condition is stable.

Tuesday, the police in Houston said they do not have a suspect or motive in this case.

However, the father said he believes their home was targeted and intentionally shot at, and it was not an accident caused by celebratory shooting.

This is 4-year-old Arianna. She was front and center at the marches and rallies in her Uncle George Floyd’s case.

On Saturday around 3 a.m., her father tells me she was asleep in her bed when someone fired several shots at their apartment. Arianna was hit in her torso. pic.twitter.com/Cpo1oFwase

“Why would my house get shot up?” Delane said. “My daughter don't know. I can't explain that to her. As the father, you're supposed to protect the kids.”

He also said that the police did not arrive at the scene of crime until 7:00 AM which is more than four hours after the time of the incident.

A GoFundMe was created by the child’s aunt to help with expenses as the family is currently looking into relocating following the incident.

“Our family has been through so much since the [passing] of George Floyd,” Tiffany Hall said. “We're asking for our community to come together with prayers and support as we undergo another life changing tragedy.”

When George Floyd was killed on May 25, 2020, his death led to worldwide protests against racism, police brutality, and their lack of accountability.

Person hospitalized after being shot in ....

At least 8 killed during Travis Scott's ....