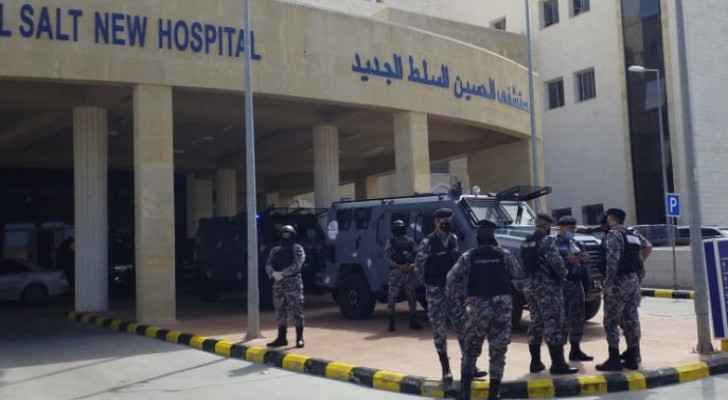 A report carried out by experts said that hospital employees failed to supply sufficient oxygen in the tanks, which was a multi-level mistake that reflected several managerial shortcomings and human errors.

The day before the incident, Friday, the hospital said it did not request oxygen supplies due to the Friday lockdown. However, it is widely known that the medical sector is exempt from Friday closures.

Investigations determined the responsibility falls on the hospital director and the assistant director of the hospital for supplies and services.

Furthermore, the employee responsible for requesting, supplying, and storing gases in tanks and warehouses was the registered nurse (RN), who is not qualified to do such a job. The job requires an expert such as a medical gas technician.

The RN's assignment of these tasks, despite not being qualified, came via the Director of the Hospital and other officials being tried in the case.

Beyond the lack of oxygen at the hospital, there was also a failure in the emergency oxygen system. The system is manual, not automatic, and because the employee in charge was not at the hospital when the shortage occurred, it could not be turned on.
The oxygen shortage continued from 6:41am until 9:19am until the gas company was able to provide oxygen.

Adding to the fatality of the lack of oxygen supplies was human negligence. The on-call doctor in charge of checking oxygen supplies on his 4pm Friday to 2am Saturday shift failed to do so. In fact, he was not at the hospital at all, a decision approved by the Assistant Director for the Administrative and Technical Affairs (defendant).

Furthermore, the hospital BMS system, which integrates information from all hospital subsystems appeared to be disabled, allowing for a lack of oxygen warnings in the system between March 12 and 13.

Had the Head of the Medical Services Department distributed the task of oxygen inspection among the department’s engineers for all days of the week, including Friday and Saturday, engineers would have discovered the defect.

However, the defendant exempted engineers from working Friday and Saturday.

Investigations found that the Secretary General of the MoH, the Assistant Secretary-General for Technical and Health Affairs, the Assistant Secretary-General for Services Affairs and the Director of the Medical Engineering Directorate, hold obligations to supervise all services, medical devices and supplies, and to conduct visits while assigning someone to monitor oxygen stocks, which they failed to do.

It was also found that the Medical Devices Department did not physically present any of its employees on Fridays and Saturdays in the hospital.

The Director of Balqa Health Affairs holds the responsibility to follow up on the maintenance and supplies in all of Balqa's health centers and hospital warehouses, according to the job description and responsibilities assigned by the government.
It was found that the director never made any visit to the hospital for that purpose.

Investigations proved through witness testimonies and records of the MoH, that more than 330 doctors and 450 nurses have not been used in an optimal manner in line with the requirements of COVID-19 patients.

The reason for the defect in the distribution was the negligence of hospital administration, who were required to efficiently provide medical care through the staff.

On March 13, there were seven doctors and 18 nurses supervising patients, a dangerously low number compared to the number of patients.

The medical and nursing staff could not keep up with the demands and monitoring of health conditions. Also, not all doctors on-call were specialized in treating COVID-19, and were therefore unfit to deal with such patients.