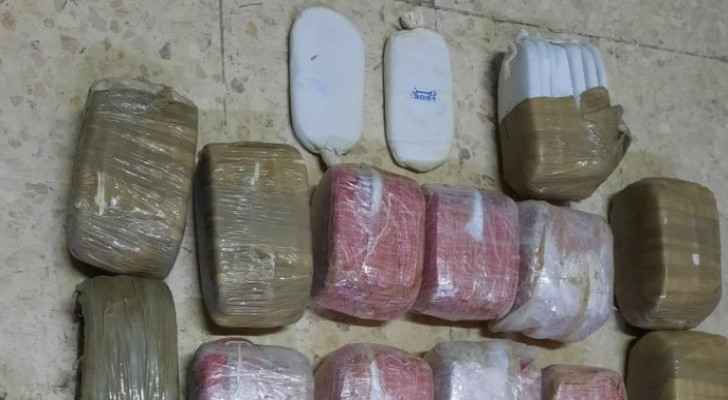 The spokesperson for the Public Security Directorate (PSD) said the Anti-Narcotics Department (AND), with the support of security forces, arrested three drug dealers in the northeastern Badia region, who are believed to be involved in a drug smuggling network.

AND officers conducted two raids, during which they seized 279 slabs of hashish, 6,000 narcotic pills as well as one firearm. Search operations are underway to track down a fourth drug dealer who escaped.