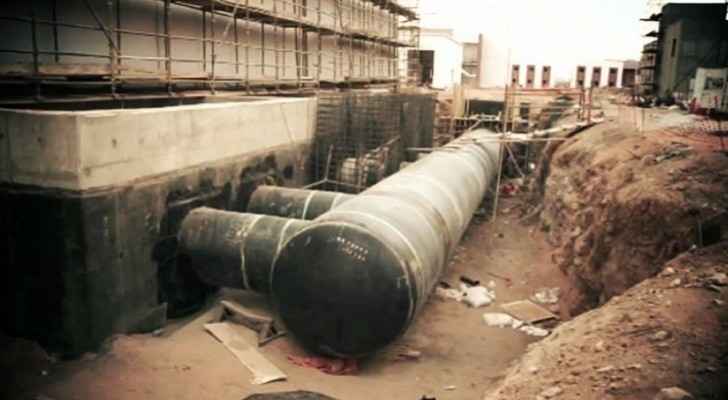 The Minister of Water and Irrigation Motasem Saidan, and the Assistant for Management and Logistical Support at the Public Security Directorate (PSD), Brigadier General Mutasim, signed the Disi Water Protection Agreement with the aim of strengthening cooperation frameworks between the water sector institutions and the PSD in implementing laws to protect water resources from abuse and violations.

The agreement also aims to expand the operations of controlling all water resources in all regions of the Kingdom.

Saidan stressed the government's interest in monitoring and protecting all water resources and preventing its pollution, indicating that the agreement comes in the context of efforts to strengthen cooperation with the PSD in all regions of the Kingdom, to control all violators.

He said that this decision is pivotal as it will lay down foundations and practical training and preventive action plans that will allow both parties to unify efforts and work together to limit any attack and achieve general deterrence on all water resources that suffer from great challenges.

By involving the PSD, provisions of the law will be applied, which allows for the necessary administrative and legal measures to be imposed in order to protect the water, he said.

This agreement will increase the number of PSD cadres who liaise with the Ministry of Water and Irrigation, the Water Authority and the Jordan Valley Authority in order to speed up coordination and reduce the response time to any complaint or pollution attempt.

Saidan pointed out that, "Jordan's water reality requires us to mobilize all efforts to protect every drop of water, prevent encroachment on it, and rehabilitate these sources to ensure that we stand against anyone trying to exploit them illegally or harm the interests of citizens by increasing control over these sources.”

He stressed that in 2021, the ministry seeks to diminish all water pollution attempts and violations.

The Disi water line comes as a part of the Disi water conveyance project, which is one of the most important sources of water for supplying drinking water in the Kingdom. This water supply project was designed to pump 100,000,000 cubic meters of water per year from the Disi aquifer, or pipeline which lies beneath the desert in southern Jordan and northwestern Saudi Arabia. The water is piped to the capital, Amman, and other cities to meet increased demand. Construction of the project began in 2009 and was mostly completed in July 2013 when the project was inaugurated by His Majesty King Abdullah II. Its total cost was USD 1.1 billion.