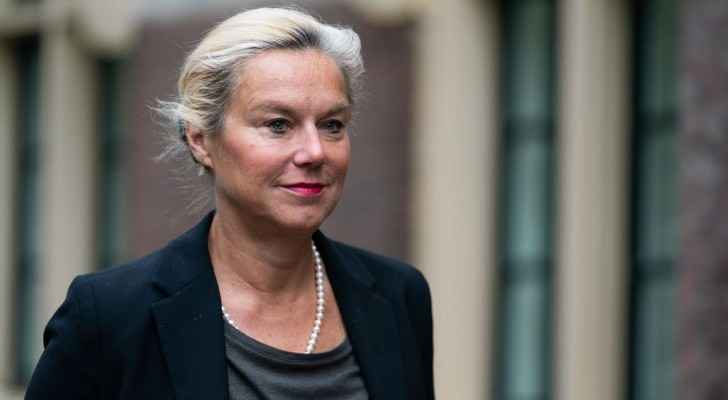 During her one-day virtual visit to Jordan this week, Minister for Foreign Trade and Development Cooperation of the Kingdom of the Netherlands, H.E. Ms. Sigrid Kaag re-affirmed her country’s continued support and close partnership with Jordan whilst holding meetings with Jordanian ministers, partners and beneficiaries.

The one day visit started with a bilateral meeting with H.E. Mr. Hussam Shraideh, Minister of Planning and International Cooperation. The two ministers renewed their commitment for strengthened cooperation in a number of areas, especially amid the regional and refugee crises and the economic and health challenges brought about
by the COVID-19 crisis. Together, both ministers thoroughly discussed the results of the two countries’ cooperation during the last years. They launched the Jordan Country Programme for the PROSPECTS partnership – a multi-year programme bringing together IFC, ILO, UNHCR, UNICEF and the World Bank to support vulnerable refugee and host
communities in the area of social protection, resilience and productive engagement in the economy. The 74 million euro partnership focuses on three key pillars: education, employment and protection, and is fully funded by the Netherlands.

Minster Kaag also marked the importance of mental health and well-being by signing one of the three murals commissioned by the Embassy as part of their mental health awareness campaign, #mindthemind.

Agriculture and water are also main priorities for the Dutch development programming in Jordan. In light of this, Minister Kaag announced that the Netherlands will add another 7.4 million euro to a food security program, which also involves the famous Wageningen University. The aim is to include small scale farmers in the agricultural value chain and link them to markets. She also announced that the Netherlands will contribute 5.7 million euro to the Water Operator Partnership between Yarmouk Water Company (YMC) and World Waternet Amsterdam. This partnership will
strengthen YMC’s wastewater treatment operations and management through long-term peer-to-peer support.

Discussions also focused on the unprecedented economic shock of COVID-19 and its consequences on rising unemployment rates and social challenges. The Dutch minister underlined that the support from the Netherlands will continue to be geared towards economic development that provides better prospects for all, especially youth. Minister Kaag also announced her support to an additional 5.1 million euro program under PROSPECTS supporting increased social security for employees through the Emergency Unemployment and Employment Stabilization Fund.

In the presence of the Minister of Labor, H.E. Mr. Maen Al-Qatamin and Minister of Digital Economy and Entrepreneurship, H.E. Mr. Ahmad Al Hanandeh, Minister Kaag launched the ‘Skilling for Increased Economic Participation’ project. A four year project which will be implemented by GIZ and funded by the Netherlands for 5 million euros. The program aims to bridge the gap between actual demand from the labor market and the skills in ICT. Working close with the Jordanian private sector, it will provide youth with the necessary technical skills to increase their economic prospects. Possibilities for skills improvement in agriculture and tourism will be studied.

Jordan was designated by the Kingdom of the Netherlands as a priority country in 2019, with the Netherlands pledging to invest more than 200 million euro to Jordan to support hosting of refugees and vulnerable host communities alike. The Netherlands and Jordan enjoy expanded cooperation in a number of fields, including food security, water management, technical and vocational education, trade and investment, entrepreneurship, and human rights.