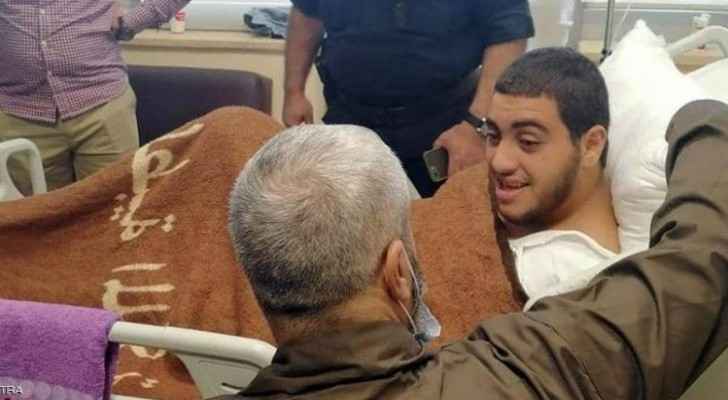 The winner of the Arab Hope Makers Award, Emirati Ahmed Al-Falasi, confirmed that the sponsorship of the treatment of the Zarqa crime victim, Saleh, who was the victim of a brutal crime in Zarqa in October, comes out of loyalty and duty to the people of the Kingdom.

Al-Falasi said to Roya, "From the beginning and to the end, I will take care of Saleh's treatment and the fitting of his prostheses in Germany, regardless of the cost, in coordination with the concerned authorities in Jordan."

He stressed that his commitment comes in recognition of Jordan, which he considers his second home country, and for the Zarqa Governorate in which he received his education.

The mother of Saleh has thanked the Jordanian Armed Forces and Falasi for the great treatment that her son has received.

Saleh was a victim of one of the most heinous crimes in Jordanian history, after criminals amputated his forearms and gouged his eyes out in Zarqa.

The crime provoked local and Arab reactions, and its resonance reached the United Nations, with UNICEF expressing its anger at the brutality of the crime.

Saleh's mother had told Roya that her son would be transferred for treatment in Germany during the coming period.

Ministry of Health: discontinuation for ....