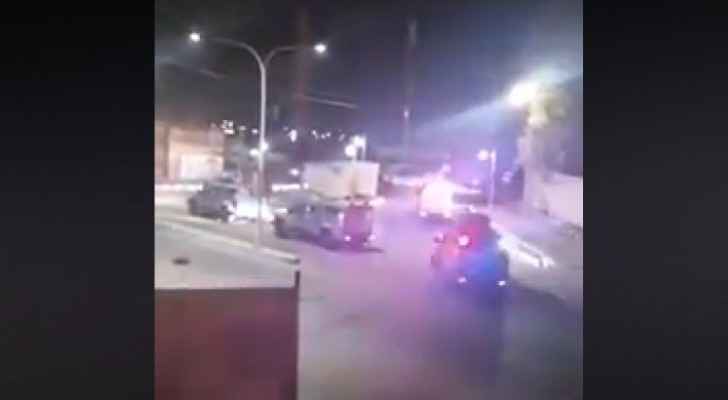 Security forces have seized control over riots that broke out in Madaba on Saturday evening.

The riots started following the killing of a wanted man due to accusations surrounding drug-related suicide cases, which took place during a security raid that was carried out in the early hours of Saturday morning.

According to eyewitnesses, multiple persons attempted to create blockades using rocks and flaming tires in protest to the killing.

Protestors participated in rock throwing aimed at the Dhiban Security Center but no injuries were reported, witnesses said.

The Public Security Directorate spokesperson explained that after trackng down the wanted individual who has been accused of 11 security counts; including the the use of illegal fire-arms aimed towards the Dhiban police station, the individuals whereabouts were determined in the early hours of Saturday morning.