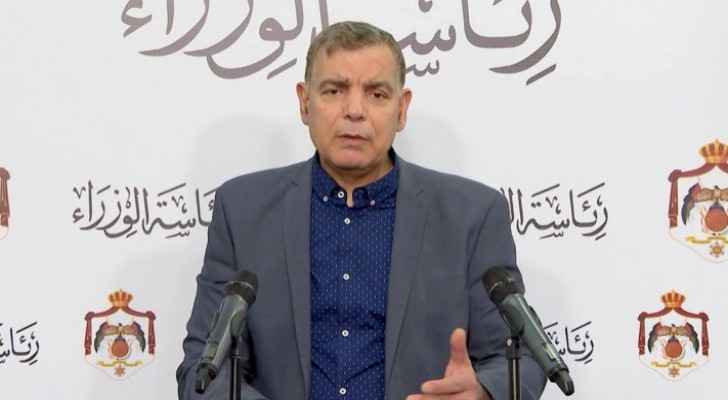 The Minister of Health, Saad Jaber, has announced that eight new coronavirus cases were recorded in Jordan today, bringing the total number of cases reported since the beginning of the crisis to 961.

- A citizen who has recently returned from Yemen and was quarantined in a hotel.

-Six people who contracted the virus from an infected person in Ramtha, Irbid.

During a press conference at the Prime Ministry building, the Minister said that four new recovery cases were reported at Prince Hamzah Hospital today, bringing the total number of recovered cases to 682.

The number of people who have so far downloaded the Aman.jo application has reached nearly 600,000, Jaber stated, stressing that every citizen who receives an alert via the app must head to the nearest health center to undergo the necessary examination.

The Minister reaffirmed that precautionary measures are taken by the executive authorities to close the facilities and isolate the areas that could be the cause of spreading the epidemic.

He warned that things would get worse if we don't adhere to public safety measures.