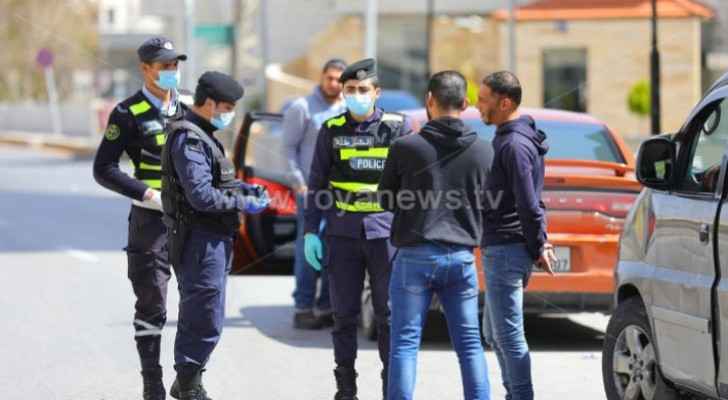 Security personnel impounded 231 vehicles and arrested 653 persons during the past 24 hours, for violating a nationwide curfew order imposed to curb the COVID-19 outbreak in the Kingdom, spokesman for the Public Security Directorate (PSD) said today.

The spokesman stressed that there will be no tolerance with those who violate or show disregard of the citizens' security and safety regulations.

"The impounded vehicles will be held for a month at designated yards in Muwaqqar and Swaqa," the spokesman noted, adding that the owners will bear all the costs when receiving their vehicles after the month-long impoundment.

Also read: Government: Citizens' movement during Ramadan from 8 am to 6 pm