Wimbledon canceled for the first time since World War II

Wimbledon canceled for the first time since World War II 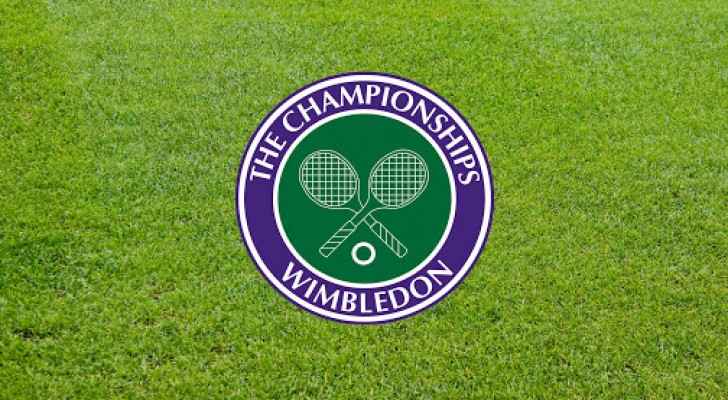 The Wimbledon Championships have been canceled due to the coronavirus pandemic, the All England Club decided on Wednesday, April 1.

It is the first time Wimbledon has been canceled since World War II in 1945. It is also the first time since the tournament began in 1877 that the event will not be played during peacetime, ESPN reported.

Wimbledon had been scheduled to run from June 29 to July 12.

In addition, the ATP and WTA made a joint announcement that all events at all levels of both professional tours have been canceled through July 13, covering the entire grass-court season. The same decision was made by the International Tennis Federation.

Though the All England Club considered a number of alternatives, including postponement, it decided that cancellation was the best option.

"It is with great regret that the Main Board of the All England Club (AELTC) and the Committee of Management of The Championships have today decided that The Championships 2020 will be canceled due to public health concerns linked to the coronavirus epidemic," Wimbledon said in a statement on its website. "Uppermost in our mind has been the health and safety of all of those who come together to make Wimbledon happen -- the public in the UK and visitors from around the world, our players, guests, members, staff, volunteers, partners, contractors, and local residents -- as well as our broader responsibility to society's efforts to tackle this global challenge to our way of life."
Next year's event will be held from June 28 to July 11.

"We are going through something bigger than tennis and Wimbledon will be back!" Simona Halep, last year's women's winner, said on social media. "And it means I have even longer to look forward to defending my title."

Wimbledon was canceled from 1915 to 1918 because of World War I and from 1940 to 1945 due to World War II.
While moving Wimbledon into late July or August this year was discussed, not enough sunlight and too much dew at that time of year made any move problematic.

Playing the tournament behind closed doors, with no spectators, was ruled out by the club in a statement last week.

"With the likelihood that the Government's measures will continue for many months, it is our view that we must act responsibly to protect the large numbers of people required to prepare The Championships from being at risk -- from the training of ball boys and girls to thousands of officials, line judges, stewards, players, suppliers, media and contractors who convene on the AELTC Grounds -- and equally to consider that the people, supplies and services legally required to stage The Championships would not be available at any point this summer, thus ruling out postponement," the All England Club said in Wednesday's statement.

Sources told ESPN that the All England Club is insured against cancellation.

Wednesday's decision came a few hours after it was announced that 563 people -- the highest one-day figure so far -- had died from the virus in England from 9 a.m. Tuesday to 9 a.m. Wednesday, taking the death toll to 2,352.

Britain is under severe restrictions due to the virus. People have been told to stay home and work from home, leave the house only for necessities such as food, and to go out only once per day for exercise.

The French Open, which was scheduled to be played from May 24 to June 7, announced last month that the event will now be played from Sept. 20 to Oct. 4.

The United States Tennis Association on Wednesday issued a statement saying the US Open is still scheduled to begin Aug. 24 at the Billie Jean King National Tennis Center in Flushing Meadows, New York.

The site will begin to be converted into a medical facility starting Tuesday. It will be used for 350 temporary hospital beds and to prepare food packages during the coronavirus pandemic.

"The USTA is carefully monitoring the rapidly-changing environment surrounding the COVID-19 pandemic, and is preparing for all contingencies," the USTA said in its statement. "We also rely on the USTA's Medical Advisory Group as well as governmental and security officials to ensure that we have the broadest understanding of this fluid situation."

Epidemiology Committee: Prepare for any surprises ....