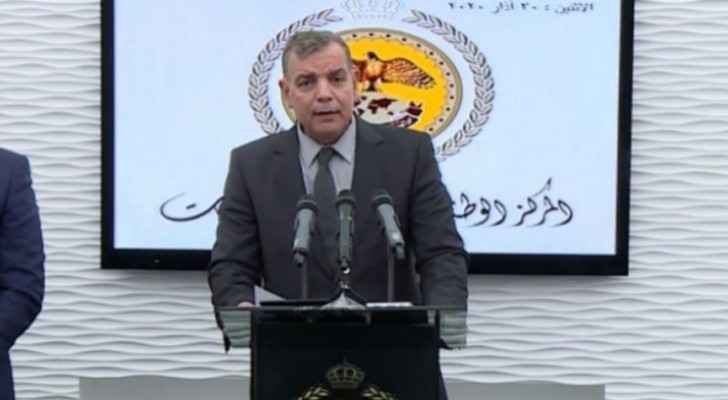 21 new coronavirus cases were confirmed today, bringing the total cases to 299, including people who recovered, the Minister of Health, Saad Jaber, has announced.

During a press briefing at the National Center for Security and Crisis Management, the Minister said that among the infected are seven family members in Ramtha, Irbid who were infected after their son returned from Spain, five family members who had direct contact with their son who returned from France, five family members who had direct contact with an infected father, two people who had close contact with their infected father, one person who was quarantined in one of the hotels, as he tested positive after he left the quarantine, and one person who had attended the Irbid wedding.

"Nine people have been discharged from hospital after they recovered," Jaber confirmed.