Photos: Jordanians arriving at QAIA transferred to quarantine in the Dead Sea hotels

Photos: Jordanians arriving at QAIA transferred to quarantine in the Dead Sea hotels 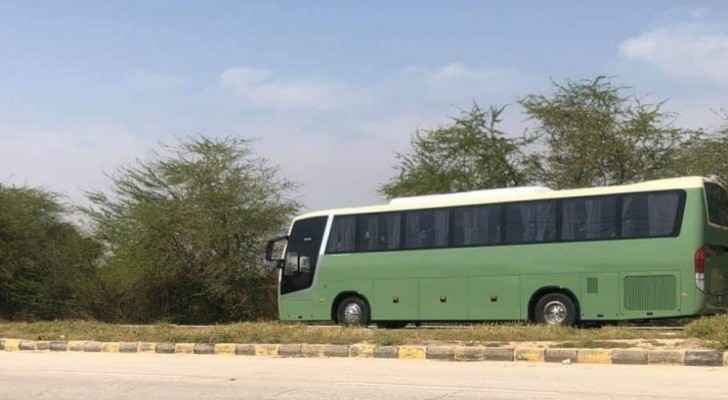 The Jordanian citizens who arrived at Queen Alia International Airport (QAIA) from abroad have been transferred to quarantine at hotels in the Dead Sea on board of buses of the Jordan Armed Forces (JAF). The Minister of State for Media Affairs, Amjad Adaileh announced today additional government precautionary health measures that will be implemented immediately to prevent the spread of the novel coronavirus in Jordan.

- All arrivals in Jordan through airports and border crossings are subject to compulsory quarantine for a period of 14 days at hotels designated by the government as centers for quarantine in the Dead Sea, Amman and Aqaba. They will be subjected to health procedures adopted by the Ministry of Health.

- As a precautionary measure, arrivals are not permitted to be welcomed by their families or anyone at the airports and border crossings. Only people authorized will be allowed to be present at the airports.

Adaileh stressed the need to fully adhere to the decisions previously announced by the government, stressing that the government works on protecting citizens' health and will take firm measures to prevent the virus from spreading in the Kingdom.