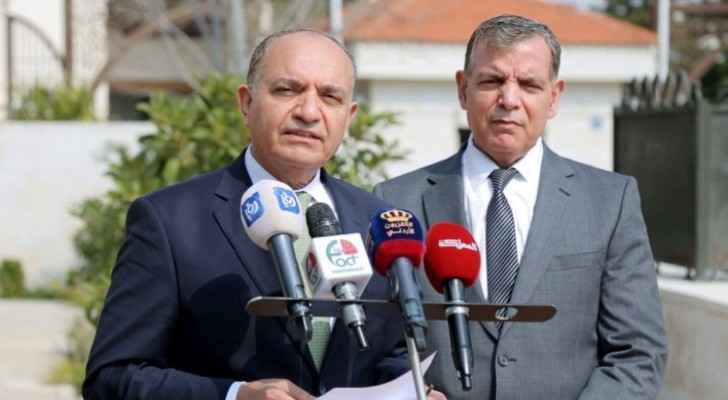 During a press conference held today at the Prime Ministry building, the Minister of Health, Saad Jaber, announced that six new corona cases were reported in the Kingdom.

He pointed out that control will be tightened on the thousands of travelers coming to Jordan, as it will be applied to all violators of the instructions to fight the outbreak.

"250 people underwent medical examinations yesterday, as all of them tested negative for the virus," the minister said.

During the conference, the Minister of State for Media Affairs, Amjad Adaileh confirmed that the new measures taken by the government to fight corona aim at protecting citizen's health and public safety and preventing the virus from spreading in the Kingdom.