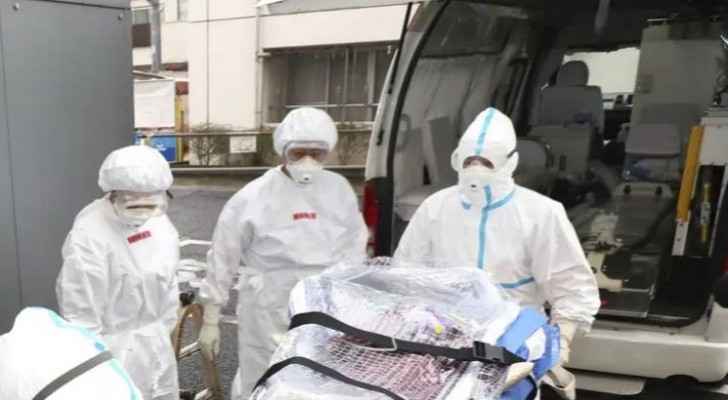 A 60-year-old teacher who died in Paris after falling ill with the new coronavirus has become the first French casualty of the illness, health officials said Wednesday, adding that he had not traveled to an outbreak hotspot.

The man died overnight in a hospital in the capital, bringing the coronavirus death toll in the country to two, said the ministry's deputy head Jerome Salomon.

The first victim was an 80-year-old Chinese tourist who died in hospital mid-February.

The teacher, who worked at a junior high school in the town of Crepy-en-Valois, about 80 kilometers (50 miles) northeast of Paris, had not traveled to an area considered a hotspot of the global coronavirus outbreak, said Etienne Champion, director general of the health agency of the Hauts-de-France region.

After feeling unwell, he stopped work on February 12 – at the start of the mid-term school holidays. He was tested for the coronavirus in the emergency ward of a Paris hospital on Tuesday and died shortly afterward.

Apart from the teacher, France has reported five other new cases of COVID-19 in the past 24 hours – including two people returning from the Lombardy region of Italy, at the center of Europe's biggest outbreak of the disease.

A woman in the south-eastern city of Annecy, whose husband is being treated for coronavirus, became the latest to test positive on Wednesday.

Twelve people have recovered from the virus in France, bringing the total of diagnosed cases in the country to 18.

Among the four still in hospital, a 55-year-old man from the same region as the teacher was in a serious condition, said Champion.

"Investigations are underway to determine the source of the two infections," he told journalists, adding that people who had been in contact with the two – including medical staff – were being monitored.

Veran also defended the government’s decision not to close France’s border with Italy, saying such a move would be ineffective.

Veran said there was no reason to postpone Wednesday's Champion's League clash between Italian side Juventus and Lyon, even as Irish officials announced they were postponing a March 7 Six Nations rugby match between Italy and Ireland.

"No sick person has been identified in Turin, nor in the region," Veran said on BFM TV, referring to the Italian city where Juventus are based. "There is no reason to prevent Turin supporters from coming," he added.

The French government has asked citizens returning from Lombardy and the neighbouring Veneto region of Italy to avoid "all non-essential outings" and keep their children home from school.

The same recommendations have been issued for people returning from mainland China, Hong Kong, Macau, Singapore and South Korea.