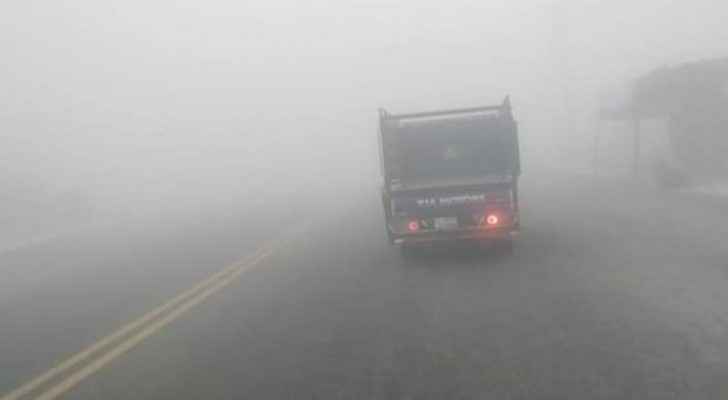 Several areas of Amman and the high areas in the south of Jordan have witnessed low visibility this morning due to fog.

The Central Traffic Department (CTD) has called on drivers to exercise utmost caution while driving, leave space between their vehicles and the other vehicles and not to drive fast.

In a post on its Facebook official page, the CTD said "Al Ais area of Tafilah governorate is witnessing low visibility. We urge citizens to take precaution while driving."

A remarkable drop in temperatures is expected today, as the weather will be relatively cold and rainy with partly cloudy to overcast skies in several parts of the Kingdom.

Heavy rainfall expected at times and may cause flash floods in the valleys and lowlands.

Rain may be accompanied by thunderstorms and hail showers, with northwesterly moderate speed to active winds, causing dust to rise.