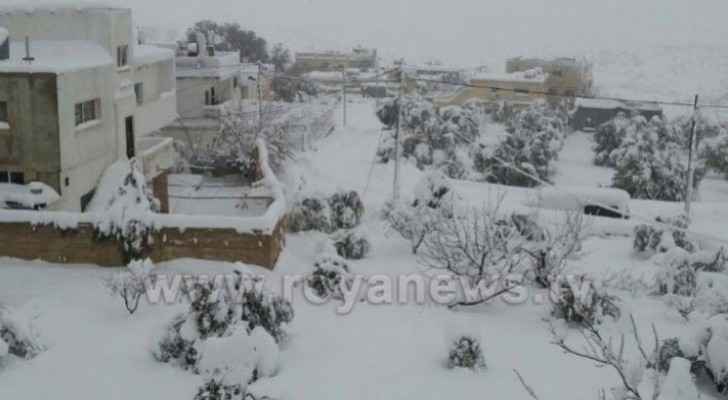 A second-degree weather depression is affecting the Kingdom, bringing rainfall and snowfall in some areas, according to Arabia Weather.

The weather depression, which will affect the Kingdom until the dawn of Wednesday, January 22, is accompanied by a polar air mass, as a remarkable drop in temperatures and extremely cold weather are in the forecast.

Several areas of the Kingdom have witnessed snowfall since today's dawn. However, snowfall is expected to last until noon.

According to the latest weather update, high areas that exceed 1000 meters above sea level will likely witness snowfall that may cause road closures.

However, areas that may witness snowfall in Amman and the northern and central parts of the Kingdom are not expected to witness snow accumulation.

Arabia Weather warns of frost forming at midnight in southern and eastern parts of the Kingdom.