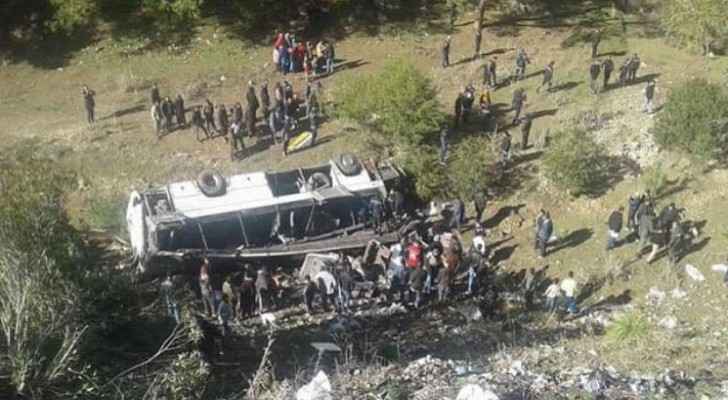 A bus carrying Tunisian tourists crashed in the mountains in the country’s north on Sunday, killing 22 people and injuring 21, the interior ministry said.

The bus was travelling through the Ain Snoussi region when it plunged over a cliff, the ministry said.

The vehicle had “fallen into a ravine after crashing through an iron barrier”, it said on its Facebook page.

Local media showed images of an overturned, crumpled bus with smashed windows at the foot of a hill.

All those aboard were Tunisians, the country's tourism ministry said.

Interior ministry spokesman Khaled Lahyoune told The Associated Press that the bus was carrying 43 people and that 21 were rushed to Amdoun and Beja hospitals with injuries.

The vehicle was headed 185 kilometres (115 miles) west from the capital Tunis to Ain Draham, a local tourist spot renowned for its mountainous reliefs on the border with Algeria.

Ain Draham is located at an altitude of 800 metres (878 yards) on the slopes of the Djebel Bir, one of the Kroumirie mountains.