Eight Palestinians of one family wiped out in Gaza

Eight Palestinians of one family wiped out in Gaza 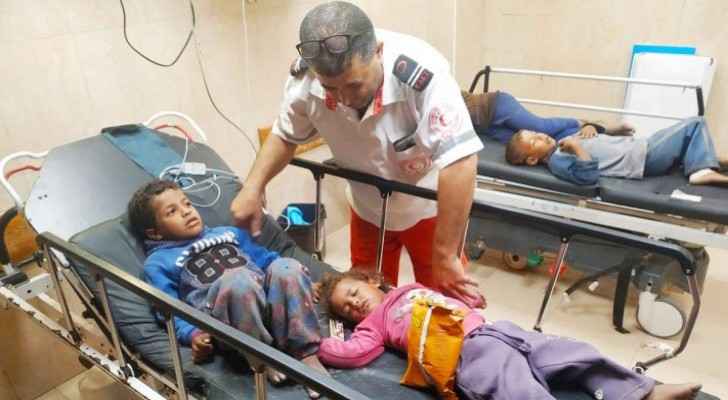 Eight Palestinians, of one family, were killed and 12 other civilians were injured on the dawn of Thursday, as an Israeli airstrike targeted a house belonging to the Abu Malhous family in the central Gaza Strip city of Deir al-Balah.

The Palestinian Ministry of Health explained that six members of one family died immediately as Israeli airstrike targeted their house.

Later, the medical staff recovered the bodies of two children of the same family from under the rubble of the house.

Since the Israeli aggression on Gaza Strip started on Tuesday, November 12, 2019, 34 Palestinians have been killed and over 100 have been injured.

Marah Al Sawarka, 35 day old, She was hugged by her dead brother under the rubble, She lost all of her family members including father and mother
Marah now without family due to the unfaithful world who support Israel !
Shame on you, Shame on you ..#GazaUnderAttack pic.twitter.com/NTjXQWvLbd

This little baby survived an Israeli strike where 8 of his family members killed while they were sleeping in their home.#GazaUnderAttack pic.twitter.com/2VAkPQOujd

What is the guilt of these innocent young children to be killed by the Israeli occupation?#GazaUnderAttack pic.twitter.com/x9DKr3z42S