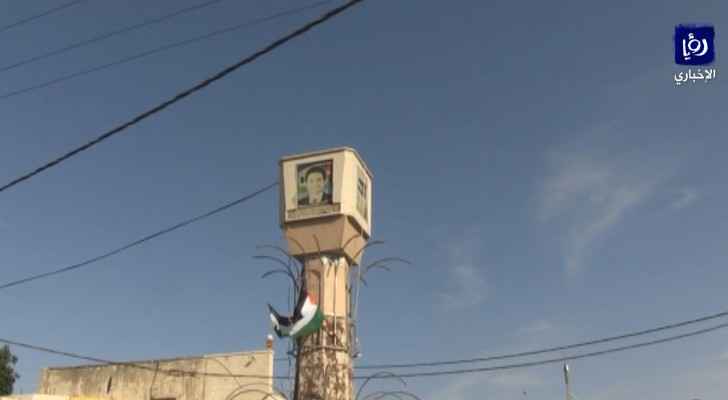 Roya cameras have captured a video showing the reclaimed Al-Baqoura town adorned with the Jordanian flag this morning.

Earlier yesterday, the Jordan Armed Forces- Arab Army (JAF) raised the Jordanian flag in the area in conjunction with His Majesty King Abdullah II's Speech from the Throne during the Parliament's ordinary session.

Jordan has finally regained Al-Baqoura and Al-Ghamr lands after His Majesty decided to end their annexation from the peace agreement on October 21, 2018.

View photos from scene of Jerash ....