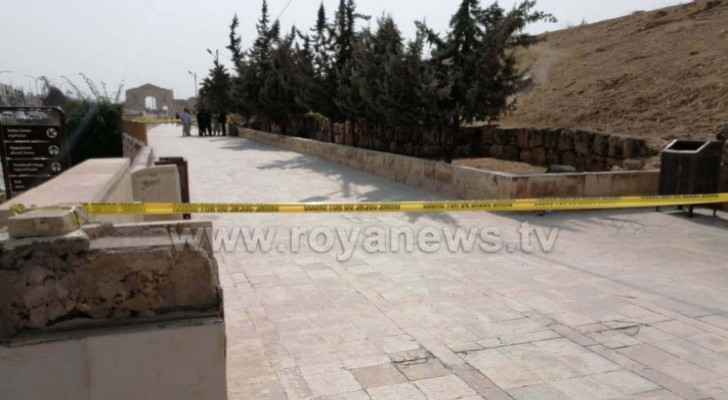 A few moments ago, a number of tourists, a police officer and tourist guide were stabbed by a man while they were in the ancient city of Jerash, according to a spokesman for the Public Security Directorate (PSD).

Security services managed to arrest the perpetrator, who stabbed the injured using a knife.

The injured, who were listed in critical health conditions were taken to Al Hussein Medical Centre, while the rest of them were taken to Jerash Public Hospital.

The following photos are taken from the scene of the incident.