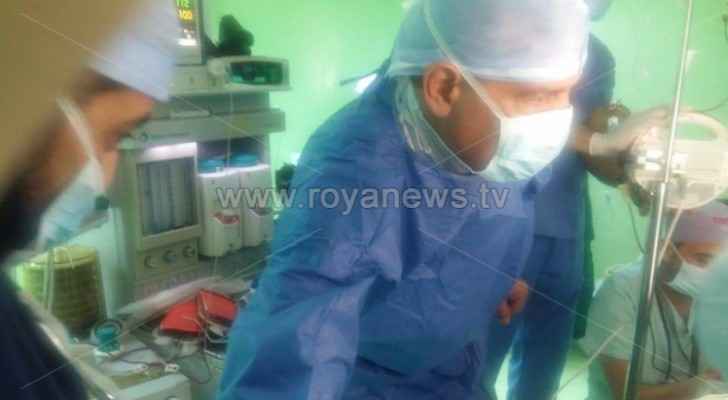 The Minister of Health, Dr. Saad Jaber has joined doctors in performing surgery for one of the people injured in Jerash stabbing incident that took place today.

The minister has also visited the other injured people to check on their health conditions.

A man has stabbed a number of tourists, a police officer and a tourist guide while they were in the ancient city of Jerash, according to a spokesman for the Public Security Directorate (PSD).

The spokesman explained that the man has stabbed a number of tourists and a tourist guide using a knife, adding that the police officer was stabbed when he attempted to arrest the perpetrator.

The injured were taken to a nearby hospital; however, their health conditions are not known yet.