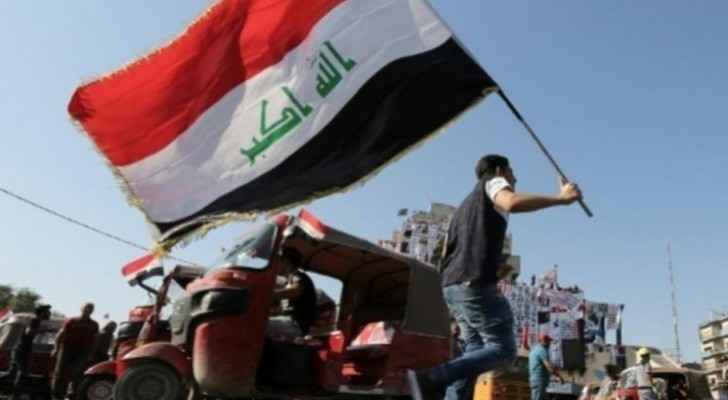 A mounting death toll in Baghdad and across southern Iraq coupled with reimposed internet restrictions sparked concerns on Tuesday that anti-government protests would once again trigger chaos.

The first wave of protests that erupted on October 1 met with brutal violence, with at least 157 people killed over six days, most of them protesters in Baghdad, according to an official investigation.

Many were shot dead from rooftops by "unidentified snipers," the probe found.

After a two-week lull, protests resumed but appeared to be less deadly, and the government eased the internet blackout to restrictions on social media sites only.

But late Sunday and early Monday, the bloodshed resumed with four protesters killed near the Iranian consulate in the Shiite pilgrimage city of Karbala.

Two protesters were also shot dead in the southern city of Nasiriyah.

And on Tuesday morning, two protesters were killed when security forces attempted to break up crowds blocking the road to the southern port of Umm Qasr, the main entry point for imports of food and medicine.

The deaths brought the overall toll since October 1 to more than 270 killed, according to an AFP count. Officials have stopped providing running casualty figures.

But demonstrators have increasingly called for radical reform of the political system and turned to strikes and sit-ins to press their demands.

In the southern cities of Kut, Nasiriyah and Diwaniyah, all government offices were closed on Tuesday.

And in the capital, demonstrators remained camped out in Tahrir (Liberation) Square, where they have set up tents and occupied buildings for more than a week.

They vowed to stay on Tuesday despite restrictions on the internet, which went down at midnight and came back around 09:00 am (0600 GMT) before being cut again.

"They already cut the internet once, and doing it again won't do anything," said Ammar, a 41-year-old protester in Tahrir.

Iraqi leaders have scrambled to respond to protesters' demands, but their proposals have yet to impress.

President Barham Saleh has proposed early polls once a new electoral law is agreed upon.

On Tuesday, he was in the northern city of Arbil to meet with Kurdish officials as part of talks to ease the crisis.

He called on protesters earlier this week to clear the streets and allow "normal life" to return, but they have defied him in growing numbers.

"We're not scared of the leaders -- they're the ones who are afraid of us because we're peaceful," another protester told AFP on Tuesday morning.

"Tyrants will go but the people will stay," an elderly protester in a checkered keffiyah chimed in.

Many demonstrators have accused neighboring Iran of propping up the government they are seeking to overthrow.

Iraq has close but complicated ties with Iran, with which it fought a devastating 1980-88 war but which now has significant sway among Iraqi political and military leaders.

Iran's supreme leader Ayatollah Ali Khamenei has slammed the protests in both Iraq and Lebanon, labeling them conspiracies by the United States and its allies.

"It's Iranians who rule the country -- we'd rather die than stay under their yoke," said a protester in Tahrir, where protesters had erected gallows bearing the words: "The people's court."