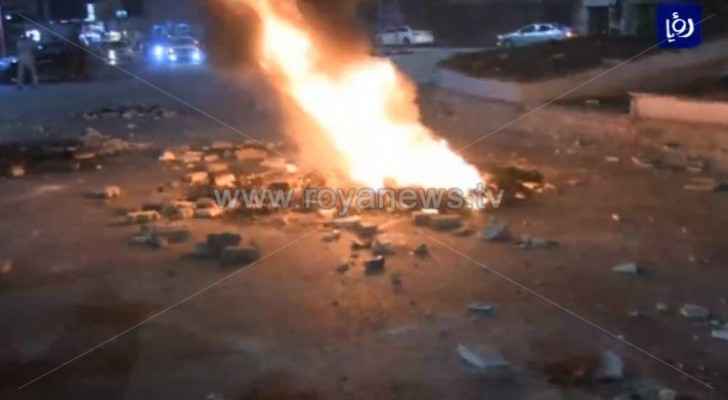 Owners of vehicles used to transport goods from Jordan to Syria closed down roads on Sunday, October 20, 2019, in Ramtha area of Irbid with stones and burning tyres in protest against the government's recent decision to prevent them from entering goods from Syria.

Protestors said the government had vowed to ease inspection procedures at the Jaber Border Crossing, but failed to fulfill its commitments.

In addition, the government failed to achieve a number of demands that "Bahara"-Arabic for sailors- a term used to describe drivers of vehicles carrying passengers and goods to Syria and other countries, had earlier asked for.

The complicated inspection procedures have caused their vehicles some damages, protestors said, adding that the procedures take so much time.

Protestors were seen throwing stones at members of the Public Security Directorate (PSD), which prompted PSD members to use tear gas to disperse the protestors.