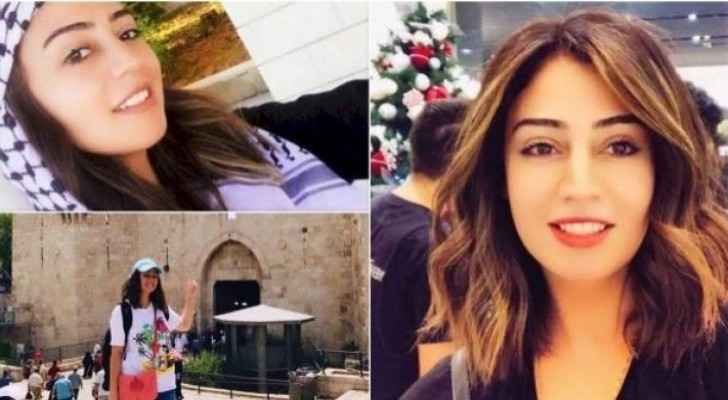 Boulos expected the trial to end up with one of the following:

-The court may announce that Hiba will remain held in the administrative detention.

-Hiba's lawyer may object to the court's decision, especially after the Israeli military intelligence revealed the charges against her, which have not been announced by the occupation authorities so far.

-The court's judge may decide to reduce the sentence for a period less than the court had previously decided.

During the investigation, Hiba denied all the charges brought against her, Boulos noted.

Hiba was detained on August 20, 2019, near Allenby Bridge, as she was on her way to the West Bank with her mother and aunt to attend her cousin's wedding.

Since the moment she was arrested, Hiba suffered from psychological and physical torture. She was also deprived of family visits.

However, the Jordanian Ministry of Foreign Affairs and Expatriates had earlier announced that it follows up on Hiba's arrest on a daily basis and that it called on the occupation authorities to immediately release her.

For his part, the Jordanian consular in Tel Aviv several times where she is detained in order to check on the conditions of her detention and give her support.