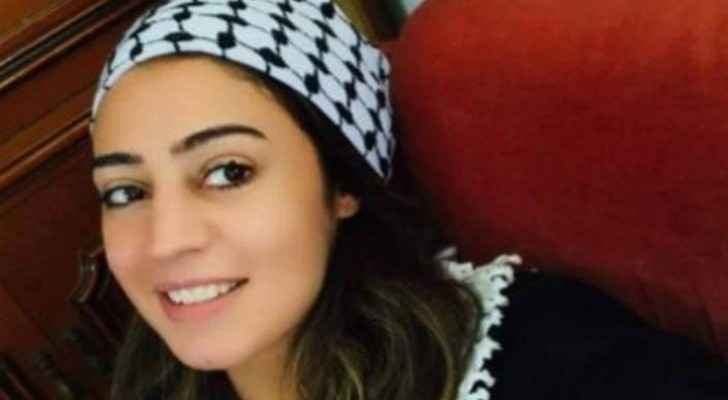 The Palestinian Prisoners and Editors' Affairs Authority announced on Thursday, September 26, 2019, that the Israeli authorities have referred the Jordanian prisoner Hiba Abdulbaqi Al-Labadi to administrative detention.

The Authority said in a statement that the Israeli authorities issued an administrative arrest warrant for Hiba's arrest for five months.

Hiba, 24, was arrested on September 4, 2019, after she had crossed the King Hussein Bridge, as she was on her way to visit her family in Jenin and she is currently detained at the Moscovia Detention Centre

Hiba is not allowed to meet any lawyer during her detention, the statement added.

The Jordanian Ministry of Foreign Affairs and Expatriates follows up on Hiba's arrest on a daily basis. In addition, it follows up on the detention of the Jordanian citizen, Abdulrahman Marei who was also arrested after crossing the King Hussein Bridge, the Ministry's spokesman, Sufian Qudah said.

Qudah added that the Jordanian consul in Tel Aviv visited Hiba for three times where she is detained in order to check on the conditions of her detention and give her support.