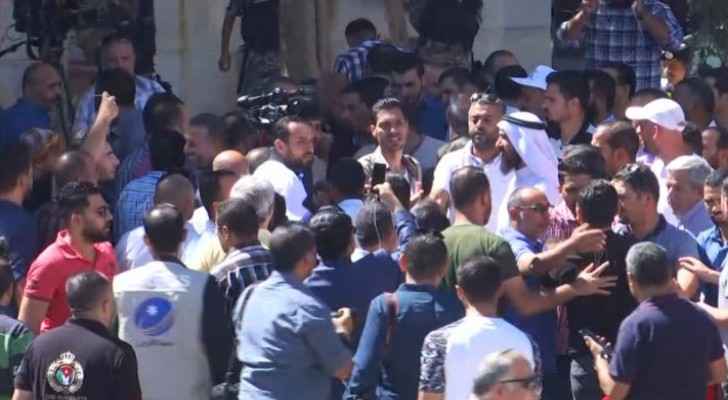 The Jordanian Teachers Syndicate has apologized to Roya TV after two teachers attacked Roya crew today during a protest that teachers organized in the vicinity of the Professional Associations Complex in Amman.

In press statement issued this evening, the media spokesman for the Syndicate, Nour Al-Deen Nadeem said that any attack on a journalist is considered as an attack on teachers, pointing out that the media is a partner of the Syndicate in conveying its message.

Nadeem added that the Syndicate will open an investigation into the attack.

They have also told them "You are against teachers and the strike. You are not allowed to cover the protest."