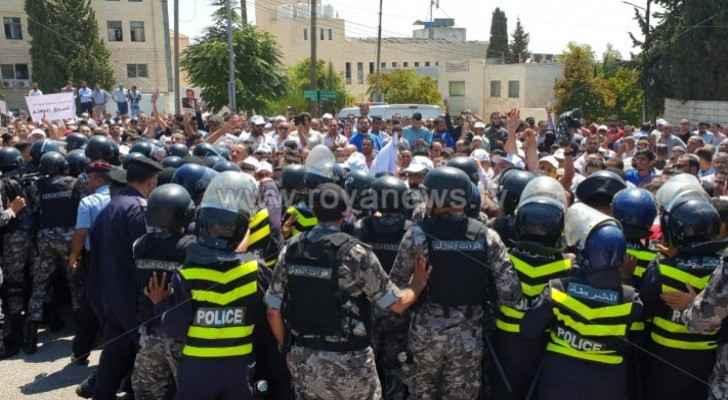 A number of school students were seen leaving their schools and going around Amman streets as teachers headed to the 4th circle to organize a protest on Thursday, September 5, 2019, Jordan News Agency (Petra) reported.

Since their teachers were absent due to the protests, students of various academic levels left their schools and went to the streets.

The protests caused students' parents a state of confusion, where many of them expressed their resentment at what is currently happening.

Students' parents called on teachers to consider and give a priority to the national and students' interest.

Since early morning, several streets in Amman, including streets near the 4th circle and the Ministry of Interior circle, have witnessed heavy traffic jam and road closures prior to the protests.