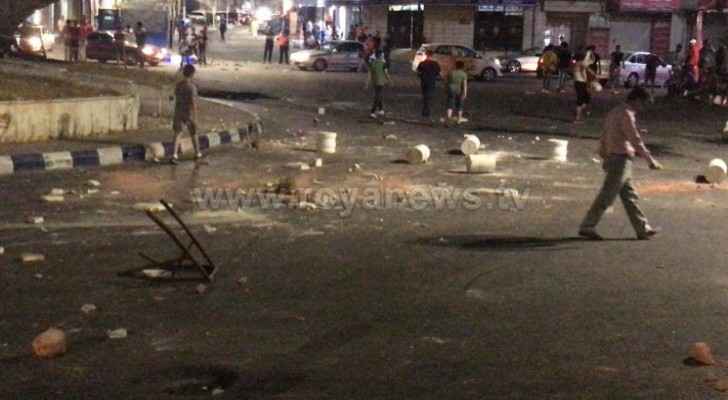 In a press statement issued on Friday evening, August 23, 2019, the government asserted that the measures it had taken to curb smuggling targeted not only the Jaber Border Crossing, but all border crossings in the Kingdom.

The government's statements were issued after riots broke out in Ramtha district of Irbid following the government's new amendments on the smuggling law, which indicated that smuggling will be classified as a felony, and not as a misdemeanor

The government stressed that these measures are aimed at protecting the Kingdom from the danger of cigarettes, drugs and weapons smuggling, which has increased significantly in recent times in a way that threatened the society, security, and economy.

The government also stated that the procedures come in the implementation of a law that was already supposed to be in force.

The statement indicated that the government has received various complaints against smugglers and people who attempted to smuggle drugs and weapons from traders and investors, especially those living in Ramtha.

It has also said that the high rate of smuggling has negatively affected the local market and fair competition values.

Regarding the protests and riots, the statement stressed that the government will meet on Saturday, August 24, 2019, with representatives of Ramtha and make discussions with them on what happened in the area to ensure the national interest and the interests of the citizens.