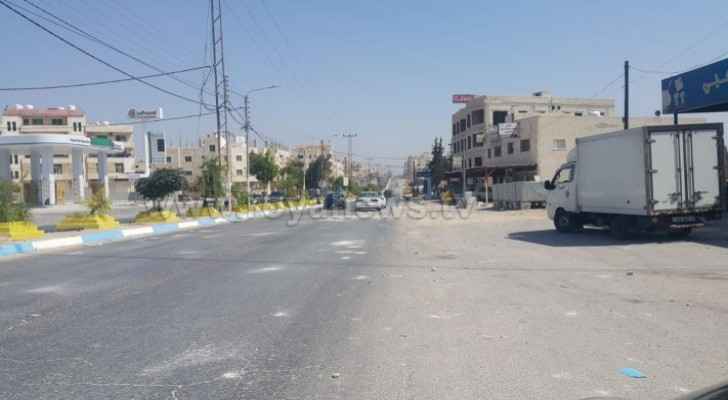 A number of rioters had closed down roads in Ramtha district of Irbid with burning tires and stones on Friday evening, August 23, 2019.

The riots broke out following the government's new amendments on the smuggling law, which indicated that smuggling will be classified as a felony, and not as a misdemeanor.

The amendments also indicated that attempting to enter the Kingdom with more than one carton of cigarettes, which includes ten packs, will be considered smuggling.

In a letter issued to the Ministries of Interior and Finance, the government also decided to install gendarmerie forces to protect customs officers from any attack, in addition to installing checkpoints at the Jaber Border Crossing to prevent people from entering any smuggled materials to the Kingdom.

Later, a security source denied the death of a citizen due to tear gas inhalation.

The source called on people not to spread rumors and check on any piece of information before publishing it on social media platforms.

However, peace has prevailed in the area today, yet it is still witnessing a heavy security presence, where members of the Municipality of Ramtha and the security services worked on removing the tires and stones that the roads were blocked with.