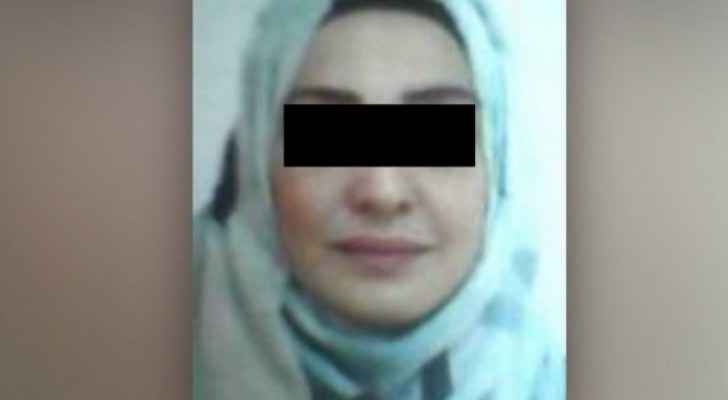 Although he had reported that his wife had disappeared and despite his attempts to hide the dead body, killer of his wife in Queissmeh area of Amman almost two weeks ago, was arrested by the police, as his 13-year-old daughter helped in revealing more details of the murder.

During Zainab Mohammad Ibrahim Barad'i' disappearance, her 13-year-old daughter and her mother had come to Roya TV's office and called on all the employees to help them find Zainab, where the girl hinted that her father killed her mother.

The girl and her grandmother had also reported to the Public Security Directorate (PSD) about Zainab's disappearance.

After the police received the report, the girl and her two young brothers have been taken to the Family Protection Department, where they could be provided with the necessary protection.

Under the legal procedures, the father received his three children and took him to his home, but remained under surveillance by police.

One day and while the 13-year-old girl was cleaning the house, she found a mobile phone SIM card.

The girl had given the SIM card to investigators at the PSD, where they found that the card is of Zainab's mobile phone.

Police also found data on the card that revealed what exactly happened between the woman and her husband as he killed her.

After that and upon further investigation, police managed to arrest the man who committed this heinous crime.

However, the killer first tried to deny committing the crime, but as the investigators showed him the evidence they have, he admitted to the crime and guided the police to the place where he hid the body in a plastic barrel and sealed it with cement.

It took members of the Civil Defense Directorate (CDD) four hours to take the body out of the barrel, where a team of the forensic laboratory, the public prosecutor and a forensic doctor were present in the area.

The culprit was then referred to the public prosecutor of the Grand Criminal Court, who decided to detain him for 15 days at the Jwaideh Correctional and Rehabilitation Centre on charge of wilful murder.