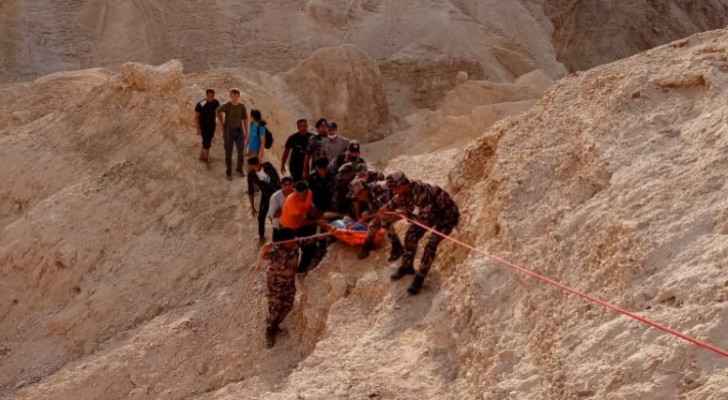 Friday, Civil Defense ambulance and rescue teams managed to rescue a German tourist who fell off a rocky section of rugged land in the Karak Governorate.

The media spokesman for the Public Security Directorate said in a statement that Roya received a copy of that specialized teams made great efforts to reach the tourist and carry the injured person on foot for a distance of six kilometers.

The team could not drive in the area due to the ruggedness of the land.

The tourist, who medical teams believe could have a broken leg and was as such taken to the nearest hospital, was practicing climbing at the time of the fall.

Russian tourists flock back to Egypt's ....