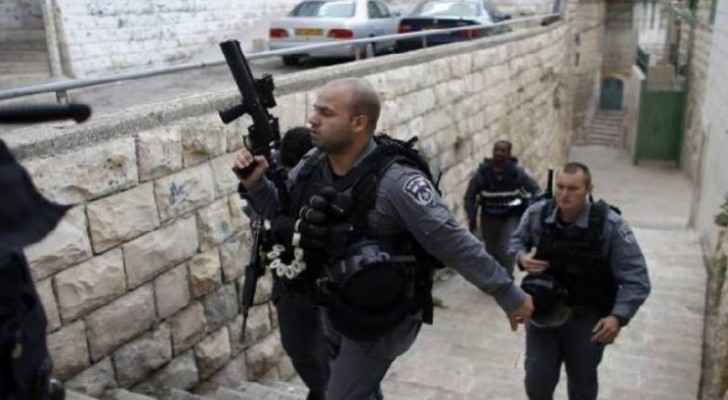 In an ongoing police campaign against Issawiyeh neighborhood in occupied Jerusalem, Israeli police detained early this morning seven young Palestinian residents, including minors and a girl, according to local sources.

They said police raided the neighborhood in the early hours while residents were asleep, broke into several homes and detained a girl identified as 16-year-old Nagham Illian, along with three others from the same extended family.

Police also detained a child identified as Mutasem Obeid in another raid along with another member of the Obeid family identified as Fadi Obeid, who was beaten during the arrest, said the sources.

A seventh resident from the Dari family was also detained.

The raids and arrests came after Israeli police claimed two of its members were injured from stone-throwing in the neighborhood last night.

Issawiyeh has been the target of a two-month-long Israeli police harassment campaign that made live and movement of people there very difficult.