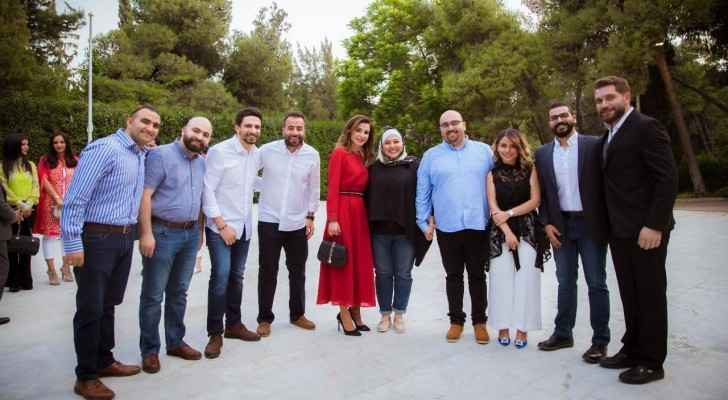 Her Majesty Queen Rania Al Abdullah hosted an Iftar banquet for a group of accomplished Jordanian youth on Sunday, where she thanked the young men and women for working hard to effect change in their various fields.

Noting that Jordan is home to great talent and potential, Her Majesty explained that year after year, the nation’s youth consistently outdo themselves by reaching new levels of achievement, leadership, and ambition.

The Queen also commended the country’s distinguished media representatives, who serve as role models for a rising generation of Jordanian journalists.

Held at Basman Palace, the banquet was attended by youth active in the fields of entrepreneurship, education, volunteerism, social activism, cultural preservation, design, and media.