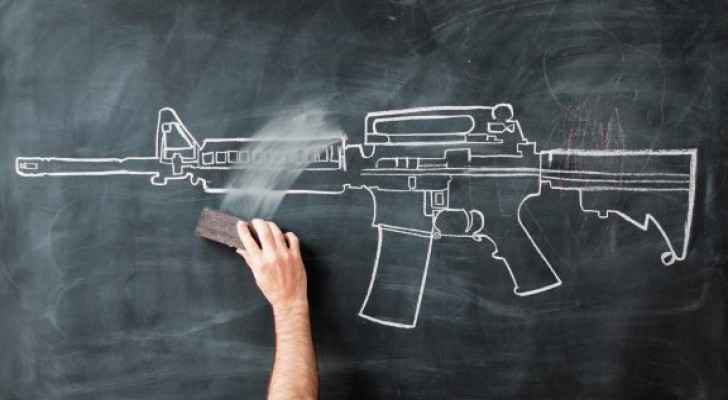 The State Security Court (SSC) sentenced on Monday, April 15, 2019, a Jordanian to 10 years with temporary hard labor after being found guilty of a conspiracy to commit terrorist acts targeting churches and liquor shops in Jordan.

The decision was announced during a public hearing held under the SSC President military judge Mohammed Afif with the membership of civil judge Ahmad Qatarneh and military judge Safwan Al-Zu'bi, and in the presence of the SSC's Prosecutor General military judge Bashar Zyoud.

The accused, who worked as a teacher at a public school, embraces the ideology of ISIS terrorist organization and tried to join the organization in Syria to fight alongside them. His plan was to go to Turkey and enter the Syrian territories from there.

Upon finding his plan difficult, he began to spread terrorism ideology among the school's students and succeeded in brainwashing three of the students of terrorist ideology.

These three young students became supporters of the organization and started to promote it through various social media platforms in order to convince more people to join the organization.

The accused then set up a terrorist cell of these students to carry out terrorist acts in Jordan in favor of ISIS, where he planned with the young students to target a church and stab churchgoers with white weapons.

They also planned to target a liquor store by Molotov cocktails, then they started to observe the church and liquor store to start drawing a plan.

While they were planning, the accused asked the students to go to the area overlooking Abu Nusair, hit the girls who were there and break the shishas.

The students went over and caused chaos, stoning and beating the people there and breaking the shishas.

The security forces then revealed what the accused planned with the students, which stopped the implementation of this terrorist scheme.

The juveniles were referred to appear before the Juvenile Court.

MoH instructs MoE to give students ....