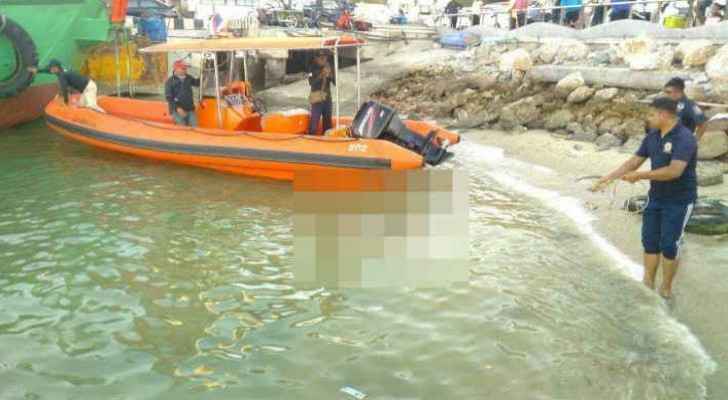 Thai police have arrested a Jordanian man who confessed to killing his 18-month-old boy by strapping him into a stroller and pushing him into the sea off the Bali Hai pier in Pattaya, Thailand.

The body of the young boy was found floating in the sea by a boat captain, on late Monday, March 11, 2019,

The 52-year-old Wael Nabil Salman Zureikat was trying to flee the country and return to Jordan when the police arrested him at Suvarnabhumi Airport.

Immigration officials noticed that he was acting suspiciously while he was in the airport, so he has been detained for questioning.

Pattaya police revealed that the suspect had been interrogated overnight before confessing to the crime, adding that the man killed his son, while his wife knew nothing about it.

“The man was worried he may not have had enough money to raise his child. His wife is now grieving. She had never imagined that her husband would kill their own child in such a cold-blooded manner," officials said.

The speedboat captain who first discovered the body said that he had initially thought the body was a doll, but when he got closer, he could see it was a baby.

During his detention, Zureikat reportedly admitted to tying the feet of his son to a pram and throwing him into the sea in the middle of the night.

Zureikat explained that he felt “stressed out and vengeful” when his 24-year-old wife had left him to take care of their baby alone during their vacation in Thailand, as she had previously told him that if they had a child she would be responsible for looking after the baby.

Zureikat told police that they had come to Thailand on holiday but all his wife wanted to do was to go out all night and leave him alone with the baby.

"I had become stressed by the situation and decided to kill the child and flee the country," Zureikat added.

Police have now charged the Jordanian with premeditated murder and he will be prosecuted and will receive the appropriate legal punishment in Thailand, before being allowed to return to his home country.