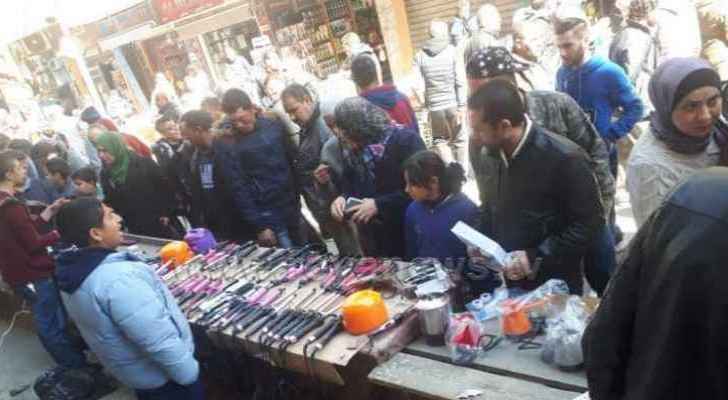 Amman Chamber of Commerce member Sultan Allan said the “Yalla Al Balad” campaign which was launched on Friday in Downtown had a good moral impact and showed a clear public reaction, but in terms of the material aspect it did not address the problem, adding that the selection of Friday was not appropriate due to the closure of most shops.

He added that the campaign cannot be evaluated in one day as the purchasing movement varied from street to street, as there are streets which did not see a difference from last Friday’s purchase power, noting that the beneficiaries of the campaign on Friday were mainly restaurants, juice shops, in addition to the "Bastat" which were not affected by the flooding that happened in the first place.

Allan explained that the local community has taken up its role of social solidarity, and what remains is the role of government in terms of its duty to compensate the affected, noting that the amounts required are normal amounts if measured against the damage caused, adding that there should be a quick decision to identify the problems and seek its treatment.

He stressed that there are ideas that are being discussed and will see the light in the month of Ramadan in terms of the return of vitality of shopping, organizing the sale of random “Bastat", providing infrastructure and parking for the shoppers, the beautification of the Downtown, and supporting the area for cultural events.