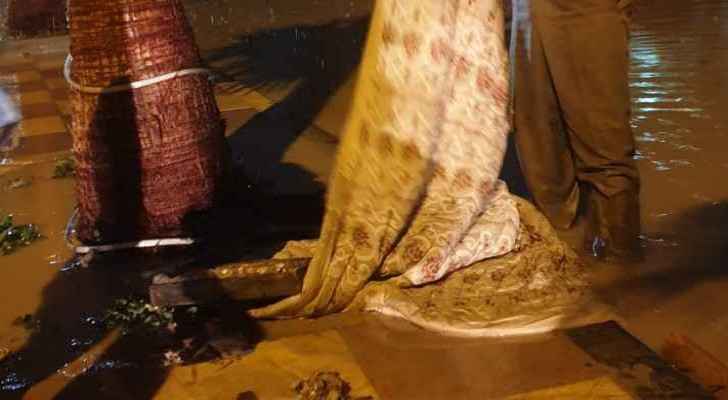 The mayor of Russeifa, Osama Haymur, said that several areas were flooded due to the heavy rain witnessed on Tuesday, adding that things are now under control. However, he called on citizens to keep drainage manholes clean and not to dump rubbish inside to prevent blockage from occuring.

Mayor Haymur added that all manholes have been cleaned up in the last 24 hours by municipality workers, however many have been blocked due to people dumping rubbish, most noticeably a large blanket, which was the main cause of streets overflowing with rainwater.

The mayor said that a number of vehicles have been raged by water, including his own car.