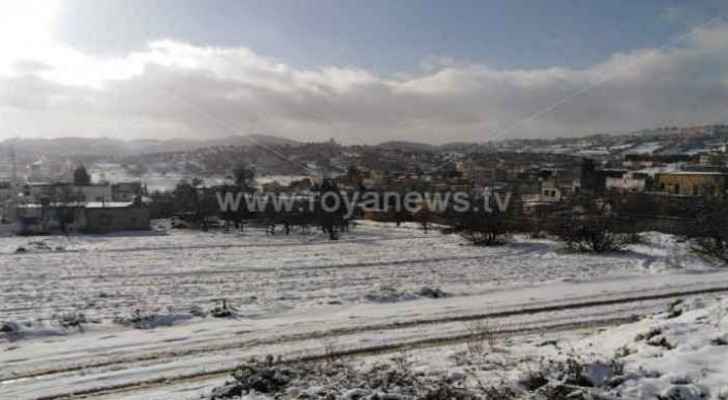 After a couple of sunny days, Jordan is expected to be affected by a weather depression coming from Cyprus as of Tuesday night, February 26, 2019, head of the Jordan Meteorological Department (JMD), Hussein Momani said.

A remarkable drop in temperatures and partly cloudy to overcast skies are expected on Tuesday, bringing light showers of rain in the northern parts of the Kingdom. Rain might extend to the central and southern parts of Jordan and may be accompanied by strong westerly winds, causing dust to rise, especially in the Badia region.

On Wednesday, a further drop in temperatures is expected and the weather will be cold, cloudy and rainy in various areas.
Rainfall might be heavy and accompanied by thunderstorms and showers of hail in some regions, causing floods to occur in the valleys and lowlands.

Momani stressed that the cold air front will last until Thursday and Friday, causing another drop in temperatures, cold, rainy and cloudy weather in most parts of the country.

On Thursday and Friday nights, light showers of snow are expected over mountains exceeding 1000 meters above sea level, which will be accompanied by strong westerly winds.

Momani called on citizens to take precautions and to stay away from valleys, lowlands, and watersheds, where floods are likely to occur.
He also urges Jordanians to follow up on the weather updates published on the JMD official website (www.jmd.gov.jo), contact 06-4916190, or 06-4916191, visit JMD Facebook official page or download the JMDWEATHER application.