Razzaz: 'We will not pass on the Ajloun incident without substantive investigation'

Razzaz: 'We will not pass on the Ajloun incident without substantive investigation' 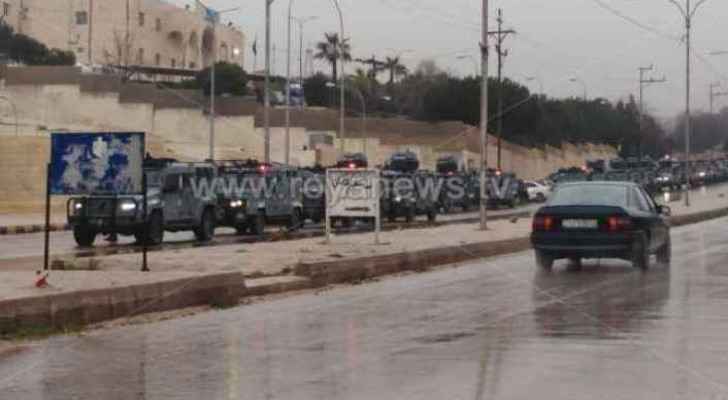 During his speech to the House of Representative on Sunday, February 17, 2019, Prime Minister Omar Razzaz said that the Jordanian government and the security services will pursue the truth behind the incident which took place in the Anjara area of the Ajloun governorate earlier on Friday, February 15, 2019.

Razzaz said that the government cannot ignore the death of the young man Saqer Al-Zghoul or the injury of the security forces, adding that legal and substantive investigation will commence.

The Prime Minister also stressed that the rioters fired machine-guns directly at the police officers from a forested area, set a governmental vehicle on fire, as well as the residence of Ajloun’s governor which was partially burnt, adding that a few government institutions were also damaged by gunfire.

Razzaz explained that coordination and meetings will continue to be held with the elders of Ajloun until they find the truth behind the hooliganism.