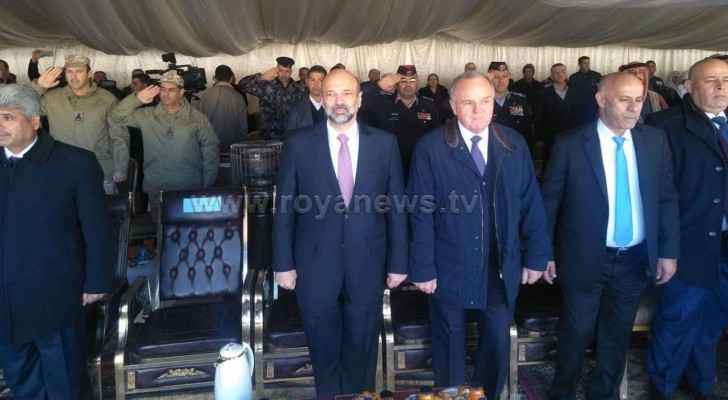 “Khedmat Watan” is a non-compulsory program for youth aged between 18-27 and aims at training and qualifying about 20,000 of those who have not been lucky enough to obtain a career in order for them to get jobs in the targeted sectors, including industry, construction and tourism, and in cooperation with the Jordanian Armed Forces (JAF).

The main aim of the program is to provide the national economy with professionally qualified young cadres and to match the needs of the labor market with the outputs of education, including vocational and technical education.

During the opening, Razzaz said that “It is unbelievable to have more than 800,000 expatriate workers who work in a country like Jordan that suffers from poverty and unemployment with about 300,000 unemployed youth.”

Razzaz considered the program as the most important one launched by the Jordan government because it serves the youth in a large way.