Japanese pianist Kaoru Imahigashi plays the piano during a concert to mark the debut of Gaza's only grand piano. (AP) 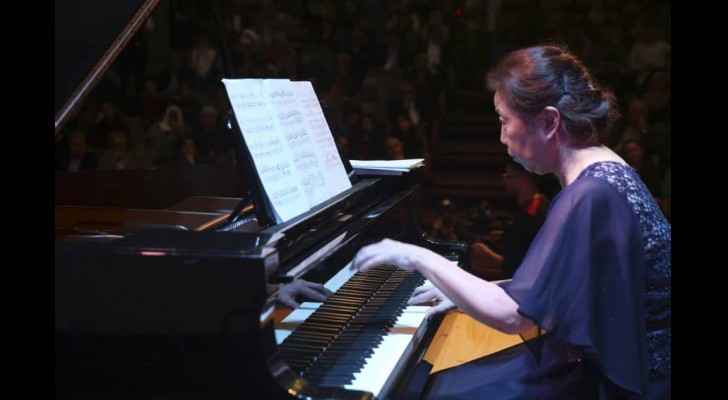 Twenty years ago, the Japanese government donated a grand piano to the Gaza Strip.

On Sunday, November 25, the musical instrument made its public debut for the first time in over a decade.

The piano was restored last month by experts from the Belgian charity “Music Fund,” after surviving three wars and being left abandoned in a theatre that was destroyed by Israeli airstrikes.

The piano was put to the test for a 300-strong crowd at a theatre nestled in the Palestinian Red Crescent Society’s building, and it was magical. Palestinian pianist Yara Thabit plays the piano during a concert to mark the debut of Gaza's only grand piano after it was rescued from conflict, at a theater nestled in the Palestinian Red Crescent Society's building in Gaza City on Nov. 25, 2018. (AP Photo/Adel Hana)

Its black & white keys were smoothly played by Japanese and local artists.

“Playing this piano is feeling like playing history,” said Japanese pianist Kaoru Imahigashi. “It’s amazing. I felt the prayer of peace for many people.”

This was the first time many of the attendees had ever heard a piano played live, including 22-year-old Yasmin Elian.

“I liked how people interacted” with the artists, she said. “This encourages me to learn piano,” she said.

The Edward Said Conservatory, with 180 students, is Gaza's only music school. Sadly, "it suffers a lack of funding and operates in several rented rooms at the rescue services’ main ambulance station," according to AFP.

A group of students from the conservatory partnered with the Japanese artists and played the Palestinian national anthem, drawing huge applause from the audience.