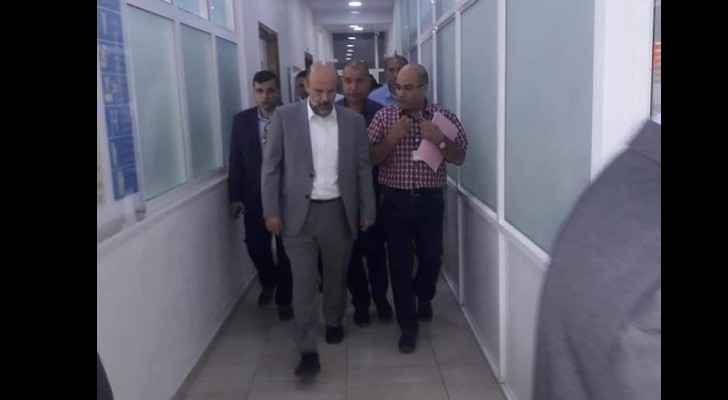 Prime Minister Omar Razzaz said during an unannounced visit to the Yarmouk Water Company in Irbid on Tuesday that “distributing water to citizens according to the temperament of employees is totally unacceptable,” Petra news agency reported.

Razzaz urgently called for the fair distribution of water to northern Governorates, after receiving complaints about poor water supplies in that part of the Kingdom.

The Premier gave the company a two-week deadline to prepare the programs, stating that “we cannot continue serving citizens this way, who complain and suffer from the company’s inconsiderate distribution schedules.”

Hasan Hazaymeh, the company’s Director General, talked about the challenges facing them and the measures taken to address the injustice happening in water distribution.