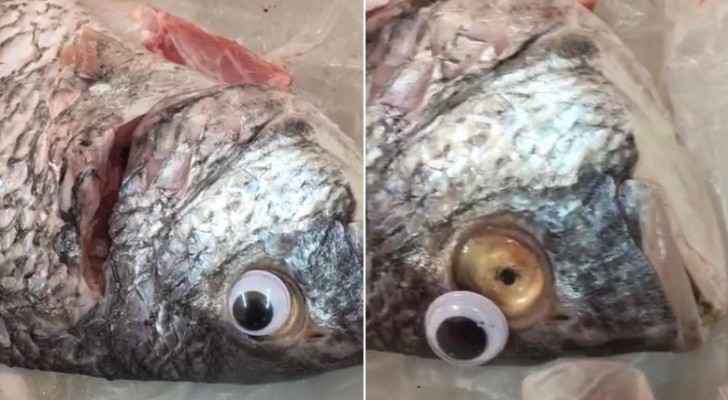 A fish shop in Kuwait was hoping that the “googly eyes” it had stuck on the eyeballs of its fish would go unnoticed by its customer, however, the shoppers did not take the bait.

The lenses soon slipped off the fish’s eyes, only to reveal yellow eyes underneath.

Kuwaiti authorities shut down the shop in question on Saturday, soon after the picture was uploaded to Twitter.

After the shop sank, social media users could not help but turn the fake-eyed fish incident into a series of hilarious memes. Enjoy… This fish company in Kuwait jokingly announced it was selling “fish without lenses.”