The woman appeared to be suffering from a mental illness. (Flickr) 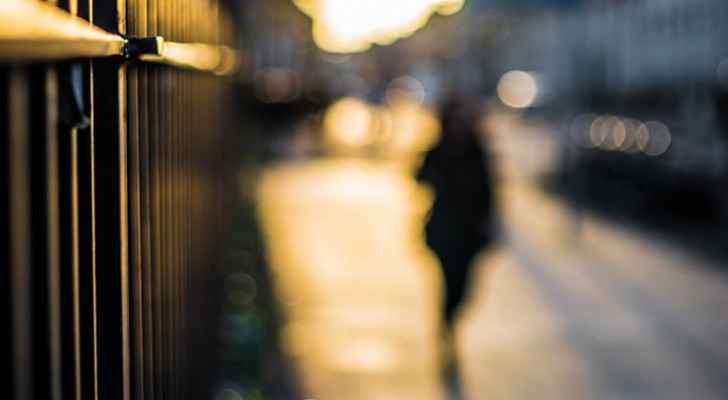 A woman was taken into police custody on Saturday night after being spotted walking around naked in Amman.

Jordanian social media users shared a video of the unidentified Asian woman as she hurriedly walked down a main street in Abdoun - the highway located directly under Abdoun Bridge - without any clothes on.

A source told Roya that police officers were called to the scene by a number of concerned drivers. The officers covered the woman with a blanket before escorting her to the nearest police station.

A preliminary investigation into the case revealed that the woman was not aware of her actions at the time of the incident, the source said, adding that she will remain in police custody until more information about the nature of her mental illness comes to light.

What happened to this woman could happen to any of us, at any point in our lives. In fact, the World Health Organization (WHO) says that “one in four people will be affected by mental or neurological disorders at some point in their lives.”

Depression, bipolar affective disorder, schizophrenia and other psychoses, dementia, intellectual disabilities and developmental disorders including autism are all classified as a mental disorder.

Contributing factors and determinants of mental health and mental disorders, according to WHO, include not only “individual attributes such as the ability to manage one's thoughts, emotions, behaviours and interactions with others, but also social, cultural, economic, political and environmental factors. Stress, genetics, nutrition, perinatal infections and exposure to environmental hazards are also contributing factors to mental disorders.”

The woman found nude in Abdoun could have been suffering from one of the disorders mentioned in this article.

The term "nervous breakdown" - no longer used by mental health professionals - is sometimes used by people to describe a stressful situation in which they're temporarily unable to function normally in day-to-day life. It's commonly understood to occur when life's demands become physically and emotionally overwhelming.

Signs of a so-called nervous breakdown vary from person to person and depend on the underlying cause.

Generally, it's understood to mean that a person is no longer able to function normally. For example, he or she may:

- Call in sick to work for days or longer
- Avoid social engagements and miss appointments
- Have trouble following healthy patterns of eating, sleeping and hygiene

A number of other unusual or dysfunctional behaviors may be considered signs and symptoms of a nervous breakdown. (Mayo Clinic)

Schizophrenia is a serious mental disorder in which people interpret reality abnormally. Schizophrenia may result in some combination of hallucinations, delusions, and extremely disordered thinking and behavior that impairs daily functioning, and can be disabling. Signs and symptoms may vary, but usually involve delusions, hallucinations or disorganized speech, and reflect an impaired ability to function. (Mayo Clinic)

Exhibitionistic disorder is a condition marked by the urge, fantasy, or behavior of exposing one’s genitals to non-consenting people, particularly strangers. This condition falls under the psychiatric category of paraphilic disorders, which refer to persistent and intense atypical sexual arousal patterns that are accompanied by clinically significant distress or impairment.

A diagnosis of exhibitionistic disorder can be made if the following criteria are met:

- Over a period of at least six months, a person has recurrent and intense sexually arousing fantasies, behaviors, or urges involving exposing the genitals to an unsuspecting person
- The person has acted on these sexual urges with a non-consenting person, or the urges or fantasies cause marked distress or interpersonal difficulty in the workplace or in everyday social situations.
Causes

Risk factors for the development of exhibitionistic disorder in males include antisocial personality disorder, alcohol abuse, and an interest in pedophilia. Other factors that may be associated with exhibitionism include sexual and emotional abuse during childhood and sexual preoccupation in childhood. (Psychology Today)

Woman dies after falling off building ....